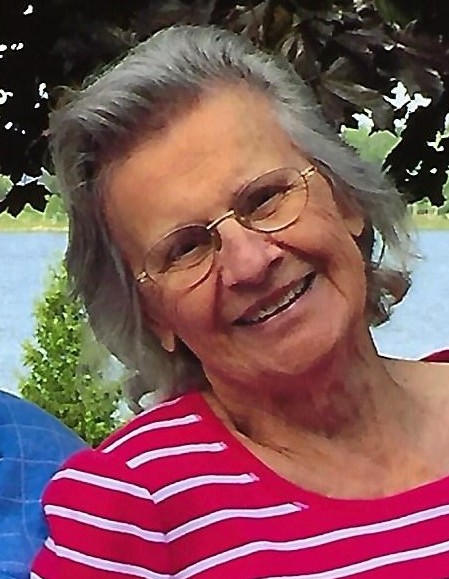 Leona May Winchester of Charlevoix, passed away in Charlevoix on Easter Sunday, April 12, 2020, to a beautiful and new life. She was born August 19, 1933, in Rogers City to Fred and Helen (Beebe) Liedtke.  In 1951, she graduated from Rogers City High School with her older brother, Fritz who had served in the US Navy.  Leona then studied at Highland Park School of Nursing to become a Registered Surgical Nurse.

Leona was an artist and would illustrate and write books for her children, such as, “Hush Puppy – The Beaver Island Beagle”. She was a musician and played piano and inspired her children with her love of music. She was a seamstress and loved to sew, knit, crochet and do needlepoint, but her greatest love was quilting. Leona was a prolific quilter and hand-stitched each quilt she made for her children and grandchildren.

In 1966, Leona became a private pilot. She participated in the Powder Puff Derby cross-country air races and was a member of the Ninety-Nines, founded by Amelia Earhart and ninety-eight others.

Leona was an experienced navigator for thousands of nautical miles as First Mate aboard the Susie Lee and Sanctuary. From their home on Lake Charlevoix, she and Bob circumnavigated the approximately 6000 mile “Great Loop” two and a half times. They also traveled to the Georgian Bay in summer and spent thirteen winters boating in Florida. After retiring from boating, they made a winter home in Englewood, Fla.

Funeral to be announced when family and friends will be able to attend. Burial will take place in Brookside Cemetery, Charlevoix.

To honor Leona, memorial remembrances may be made at your discretion.

Arrangements are being handled by the Winchester Chapel of Mortensen Funeral Homes.  Please sign Leona's guestbook at www.mortensenfuneralhomes.com.

To order memorial trees or send flowers to the family in memory of Leona Winchester, please visit our flower store.