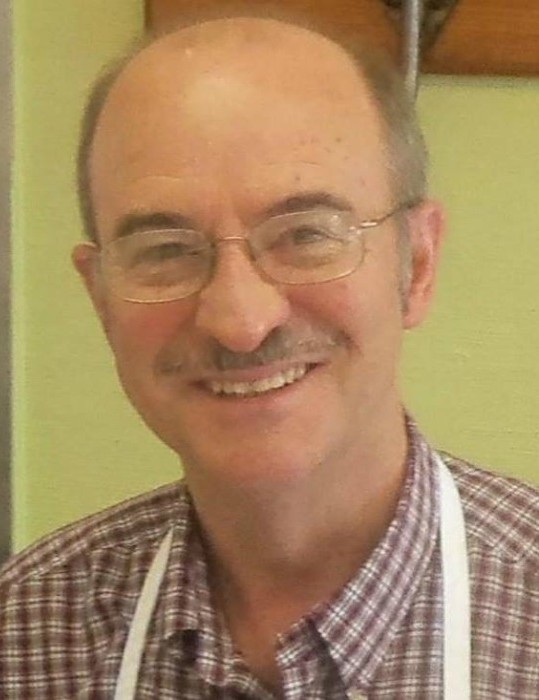 Leon Roy Perron, 67 of Charlevoix, passed away peacefully at home surrounded by his family on Saturday, May 23rd, 2020.  He was born in Charlevoix on November 18th, 1952, and aside from four years in Texas, has always made Charlevoix his home.

After graduating high school in 1971, fate led him to enlist in the army, where he would soon discover the love of his life awaited him back home.  Celeste Murdick and he married in 1976 and began their family shortly thereafter with Nichelle, being born in 1977 and his “Beautiful Boy” Simeon, in 1981.

After 21 years at Charlevoix Manufacturing, Leon followed his heart, along with Celeste’s encouragement, and would step into the sweetest industry of all – fudge.  His father-in-law, Francis G. Murdick taught him everything he would need to know, and Celeste Murdick’s Fudge was born in 2000.  Leon perfected his skills in his Gaylord store first, and later good fortune brought him to the Charlevoix location.  Leon would later marvel at how his daughter Nichelle would pick up the paddle and seamlessly step into the role of fifth generation candy maker.  Leon was also proud of the accomplishments of his son, Simeon, who has become a well renowned chef in Northern Michigan.  “Grandpy” adored and had a special bond with his granddaughter Josephine, who shared his “common sense approach” to life.

A true Charlevoix native, Leon held many service related jobs growing up, so it seemed natural for him to have answered the call to serve his community and become a city council member in 2013, and served until his resignation in Dec. 2019.  He was a lover of animals, our environment, fresh walleye, making everyone laugh, and most of all his beloved family.

Leon and Celeste shared a full life of true love, family, and humor.  One of their favorite activities was rooting for the Packers and visiting Lambeau Field as often as they could.  The most memorable time being when he and his son Simeon watched the Packers victory in sub-zero temperatures, only to journey home in one of the worst, record breaking blizzards of the decade.

Like his father before him, Leon loved his community and will be remembered for his kindness, his sense of humor and his drive to work for the “little guy” without hesitation and always with compassion.

In lieu of flowers, Leon has asked that all donations be made to the Charlevoix Area Humane Society (614 Beardsley St.  Boyne City, Mi.  49712).

Due to the current situation, a gathering is being planned for mid-September and will be announced when plans are confirmed.  #gopackgo

To order memorial trees or send flowers to the family in memory of Leon Perron, please visit our flower store.
Send a Sympathy Card