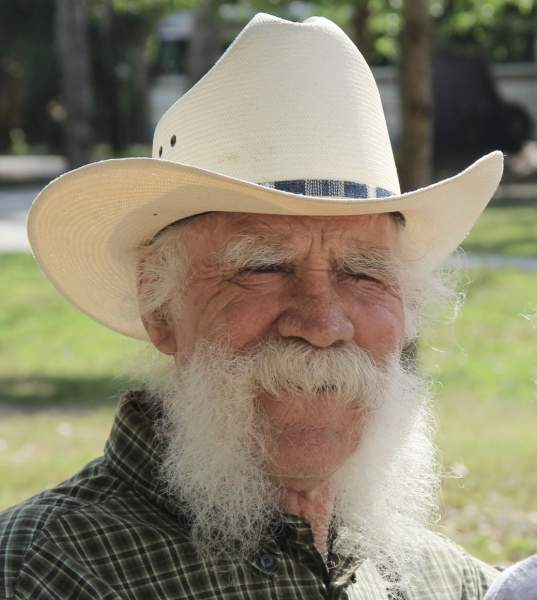 Larry D. (Mose) Matthew, age 90, passed away on Saturday, February 26, 2022, in the early morning hours after a (very brief stay at Rogers City Medilodge. Larry was born in Wilson Township, Michigan on October 30, 1931, the son of Perry and Violet (Billington) Matthew. He grew up in Boyne City on the family farm and graduated from Boyne City High School.

On October 3, 1952 he married Darlea S. Whittaker. They eloped to Traverse City with a letter from Darlea’s mother giving permission for them to marry because they were young and in love. Larry began building a home for them in 1954 where they lived and celebrated 64 years together.

Larry worked at many jobs throughout his life. As a youngster he worked on his grandfather’s farm, and the Edgar Jensen Potato farm. As a teen he was a pump jockey and worked at the Tannery in Boyne City. His work ethic was instilled early, never one to back down from the task at hand to provide for his wife and young family. As a young man, Larry was manager of Master’s Boat Works in Walloon Lake, worked at Medusa Cement Co., owned an excavating business, raised Polled Hereford cattle on his farm and began his political career. He was the supervisor of Melrose Township for several years before being elected to the Charlevoix County Board of Commissioners. Larry retired from his role as Chairman of that board in 1991.

The love of old iron and preserving the past for future generations was in his blood. Larry and his wife were Life Members of the Northwest Michigan Engine & Thresher Club in Buckley, Michigan. One of Larry’s first restoration projects was rebuilding a portable vertical stone burr gristmill that operated by a hit and miss engine he also restored. The Matthew Family demonstrated the process from corn on the cob to cornmeal at the Buckley show for many years.

In April 1988, Larry called a few tractor and engine show friends to present the idea of starting a club in the Walloon Lake area. The response was a resounding yes. Three months later, and a lot of preparation, the first Northern Michigan Antique-Flywheelers Show was held in July on Larry’s farm in Walloon Lake. Larry has left a wonderful legacy with the show and the strong traditions of old iron in Northern Michigan. 35 years later with the commitment of Flywheeler members, people will continue to learn a bit about the history of old tractors, life in the past lane and benefit from what Larry brought to the community.

Larry always said he never worked a day in his life, because he always enjoyed what he was doing. Larry made time for his love of farming, restoring Allis Chalmers tractors beginning with his fathers Allis Chalmers Model B, building Model A Doodlebugs like the one he drove on his grandfather’s farm and traveling the Allis-Chalmers Trail with his wife to attend tractor and engine shows all over the Midwest. Larry’s participated in several Allis Chalmers 3 or 4-day road trip caravans on his tractors to Gathering of the Orange Celebrations. One caravan began in Oaks, ND and across the Canada border to Portage la Prairie, Manitoba, Canada. Another was Sand Lake, MI across Lake Michigan on the Badger Ferry to West Allis, WI. In 2003, Larry organized a caravan beginning at the Flywheelers show grounds in Walloon Lake. The group started out with 12 tractors and a support vehicle making the 3-day tractor ride to Hickory Corners to the Kalamazoo Valley Engine Show hosting Gathering of the Orange. Other drivers joined the caravan along the way. There were 32 AC tractors in the group when they pulled into the arena full of cheering show spectators. Larry was a well-known Allis Chalmers collector who would talk AC and old iron with anyone. Larry participated in the first Mackinac Bridge Antique Tractor Crossing in 2008 and drove an AC tractor or Doodlebug in the crossing for 13 years. He was proud to wear the 90-year-old participant button he was given last year.

Larry was the best husband, father, grandfather and friend he knew how to be. He shared his full and rewarding life with family and friends for 90 good years and will be missed by many.

The Matthew family would like to extend thanks to our Flywheeler Family, Melrose Township EMS, McLaren Hospital, the staff at Medilodge Rogers City and special thanks to Chad Johnson for Larry’s Wednesday night Bible study.

No services are planned at this time. Memorial contributions may be made to the Northern Michigan Antique-Flywheelers, P.O. Box 494, Walloon Lake, MI 49796.

To order memorial trees or send flowers to the family in memory of Larry Dick Matthew, please visit our flower store.