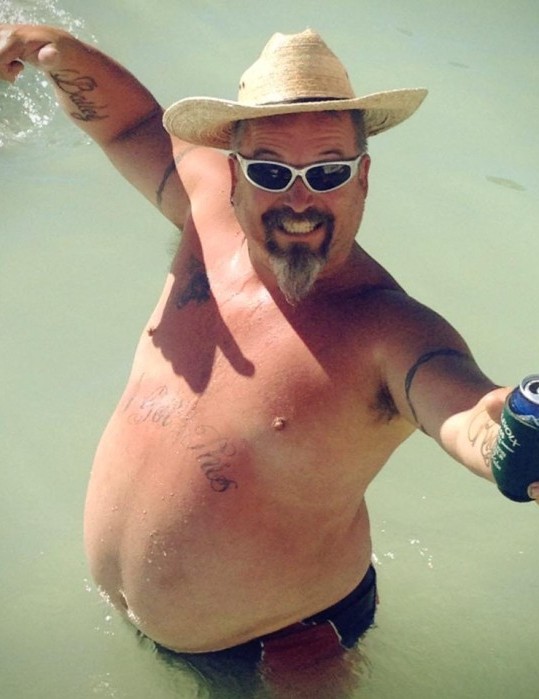 Kelly Michael Bales (53), a.k.a. Zeke, Brotha, Son, Dad, Unc, and Bales, left us peacefully in his sleep early Friday, March 20th.  You hear this from time to time...but in this case it’s true: HE WAS ONE OF A KIND!

Kelly was born on August 19, 1966 in Royal Oak, Michigan to Marion McKay and Michael Bales.  The Bales family moved to Charlevoix in 1971, which laid the foundation for who Kelly became.  Who he became was one of the kindest souls Charlevoix ever produced.  He lived with a flare, and a life journey compass, truly unique to Kelly. Those that knew him as “Bales” were gifted with one crazy son-of-gun...do-anything-for-anyone, FRIEND!

Kelly graduated from Charlevoix High School in 1984.  He joined the Army but was discharged from basic training for medical reasons.   March to your own drummer, Kelly mastered this talent.  He was a jack of all trades and held countless jobs.  Kelly did not allow himself to be tied to the norm.  If he got tired of what he was doing, he moved on, and on, and on, and on!  You get the point!

Kelly LOVED anything with an engine—preferably a FAST and LOUD engine!  The family literally lost count of how many vehicles he owned and played with over the years - vehicles with names like:  Sandman, Wild Rice (Subaru Brat), Ultimate Warrior (nitrous-burning Suzuki Samurai).  Race?  Anytime anywhere!  Mt. McSauba Challenge, Shanty Creek Hill Climb, Silver Lake, NASCAR with friends and family and drag weekends with his dear friend Aaron and family.

As for “crazy friend”… jump on his FaceBook page and scroll through the many, kind, posts folks are sharing about their FRIEND “Bales”.  Should carry an “adult” view rating for some posts!

If you are wondering what he is up to now, my guess is he is likely working in his ultimate shop building the baddest buggy you have ever seen!  Betting he will name this new heavenly racer “Raising Hell”.  As for us...anyone with hair, you might consider running out and getting a Bales Mohawk!

No funeral -the family will be celebrating his life privately.

To order memorial trees or send flowers to the family in memory of Kelly Bales, please visit our flower store.
Send a Sympathy Card