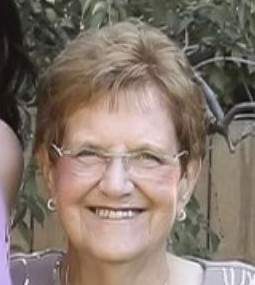 June Cross, 92, of Charlevoix, passed away on April 29, 2022, at Munson Charlevoix Area Hospital. She was born on March 9, 1930, in Thessalon, Ontario, the daughter of Stuart and Eileen McElrea.

June was a pillar in the Charlevoix community. After moving to Charlevoix in 1954 she worked as an x-ray technician at Charlevoix Hospital and later served on the Board of Directors. June was an active member in the city government and served as Chair of the Charlevoix Planning Commission, she also served on several other boards and committees. During Charlevoix’s Celebration of the American Bicentennial in 1976, June was involved in preserving the Lake Michigan Beach Park and was devoted to maintaining the beauty of Charlevoix. When June set her mind to something, she got it done!

Anyone who knew June, knew that she was the heart and soul of John Cross Fisheries. June had the gift of making every customer feel like a friend. Whether mixing her secret pâté recipe, quietly supporting many Charlevoix organizations and causes, or surprising a friend with a package of fish to brighten their day, June had a passion for serving others. June’s faith was also very important to her and she was an active member of Greensky Hill United Methodist Church.

June leaves the memories of a sunshine smile, a contagious laugh, and lots of fun and love. Her fiery personality, quick wit, and generous spirit is instilled in those who she loved the most, her family and friends.

She was preceded in death by her beloved husband, John “Jack” Cross; her parents; two sisters, Delores Thornton and Jennie Papineau; and her sister-in-law, Mary McElrea.

A funeral service for both she and her late husband, Jack, who passed away on January 9, 2022 will be held June 17th at 11:00 a.m. at the Community Reformed Church in Charlevoix. They will be honored together, and laid to rest in Brookside Cemetery in Charlevoix, following the funeral service.

Memorial contributions may be made to Greensky Hill United Methodist Church and Charlevoix Area Hospital.