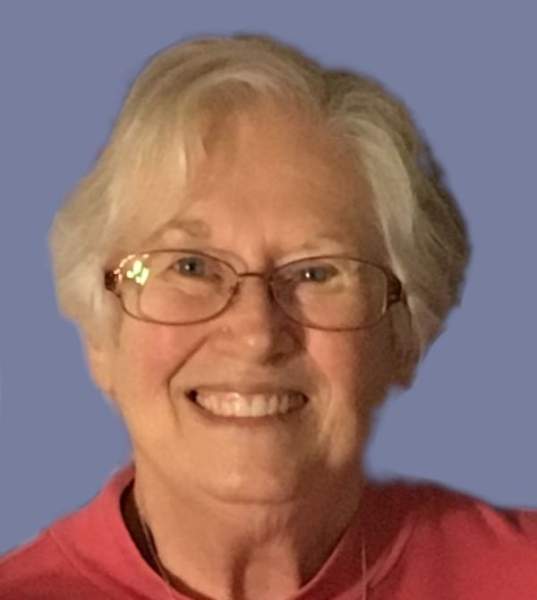 Judith (Judy) Lynn Carey, 77, of Charlevoix, passed Sunday, February 13 in the embrace of her family and in the care of Munson Charlevoix Hospital’s phenomenal staff. Judy was born January 19, 1945 to Bruce and Thelma (Taylor) Harris in Jackson, Michigan.

A U.S. Army Air Corps/Air Force brat, Judy knew many military bases and communities in her early years, crisscrossing the United States. Her family settled into McPherson, Kansas following the death of her father – a recipient of the Distinguished Flying Cross and Purple Heart – who perished in an on-duty plane crash when she was 11. Following graduation from McPherson High School, she attended nearby McPherson College, receiving her undergraduate degree. Judy earned a Master of Arts from Colorado State University and shortly thereafter became a civilian educator for the U.S. Department of Defense. She taught on military bases in Virginia and later Germany until returning to the States in 1972, finding her way to northern Michigan shortly thereafter.

Judy married William (Bill) Rae Carey on January 12, 1974 in Charlevoix, the beginning of a loving and fervently devoted partnership that spanned nearly half a century. It was shortly after becoming betrothed to the love of her life that she found her calling – nursing. She attended North Central Michigan College in Petoskey, becoming a registered nurse and subsequently working the emergency room and intensive care unit at Charlevoix Area Hospital. This period of providing trauma care produced numerous dear friends and ensured her son would not attend a concert at Charlevoix’s Castle Farms music venue until he achieved the age of majority. Judy’s impressive healthcare career included serving as director of nursing for Charlevoix County’s Grandview Medical Care Facility, a consultant with Proctor & Gamble, a home health nurse and quality control specialist with District Health Department #3 (now the Health Department of Northwest Michigan) and a return to Charlevoix Area Hospital in its medical records department. Judy may have retired from healthcare, but she never stopped being a nurse, which medical professionals mostly appreciated in her later years. It is generally believed that Bill achieved nearly 92 years of age because of her care and competence.

Judy’s stitches weren’t limited to the ER as she was a true wizard with a sewing machine and serger. Her projects ran the gamut, but her skills shined brightest in the fall. She produced legendary Halloween costumes first for her son, then her nieces and finally, her grandchildren. Never was a child’s costume request deemed too difficult or time consuming. From skeletons to Spartans, princesses to pups, and Dracula to dragons, Judy’s creations were infused with love.

Judy was an educator, a healthcare professional and a seamstress extraordinaire. But what marked her time on this earth were her roles as a spouse, mother, mother-in-law, grandmother, sister, aunt and friend. Her sparkle dimmed and her energy waned when she lost her beloved Bill in early December, but she pressed on. She appreciated reconnecting with nursing friends, delighted in conversations with her nieces and reveled in precious time spent with her grandchildren.

The family will welcome friends Friday, February 18 from 5 p.m. to 7 p.m. at the Winchester Chapel of Mortensen Funeral Homes in Charlevoix. In lieu of flowers, contributions in her memory may be made to the Munson Healthcare Foundation (Charlevoix Hospital Programs & Services), 1150 Medical Campus Drive, Traverse City MI 49684.

To order memorial trees or send flowers to the family in memory of Judith L. Carey, please visit our flower store.