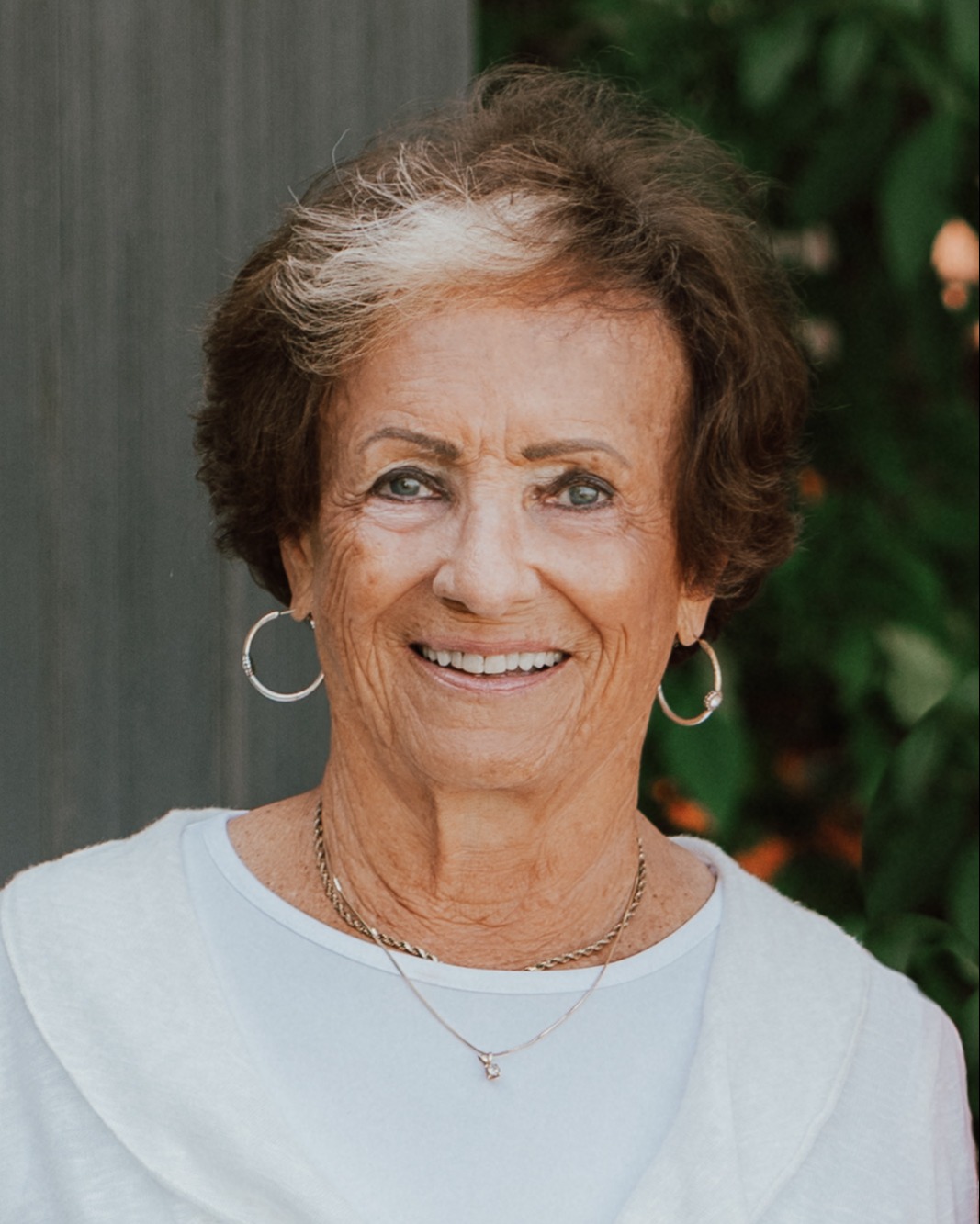 Joyce (Cunningham) Davenport passed away peacefully in her beloved hometown of Charlevoix on the morning of New Year’s Day. She was 85 years old. Joyce was the daughter of lifetime residents “Hap” and Norma Cunningham, and a loving wife of 65 years to Dean Davenport. She is survived by Dean, their three children, Chris Way (Charlevoix), Terry Davenport (Seattle), Jodi Cole (Springfield, IL), 10 grandchildren and 10 great-grandchildren.

In many ways, hers is a love story.

Her love story with Dean remarkably began when they first met the day she was born. Dean’s mother had just given birth to his sister Mona and as fate later wrote, there in the next bed, Norma had given birth to their middle daughter, Joyce. They always counted this day as their first date.

Of course, they went on to be sweethearts at Charlevoix High. As a Red Rayder, she was a singer in the school glee club (and Methodist church choir), a perennial cheerleader, and as a senior class officer helped to petition for and organize the school’s inaugural Homecoming festivities.  Eventually she was voted the school’s first-ever Homecoming queen, went on to be Charlevoix Venetian Festival queen, then on the queen’s court of the Traverse City National Cherry Festival.

She graduated in 1955 and joined Dean at Central Michigan University where they started their family while Dean played varsity basketball, and returned four years later to earn a Masters degree that launched his career – and their lives together -  in and around athletics.

She loved her sports.

During the 18 years that Dean ran the City of Charlevoix summer recreation program, Joyce was a fixture both on and off the city softball fields – running the concession stand and giving out free sodas to the Peanut League winners, coaching a girl’s ponytail league team, even playing fast pitch softball herself for many years until an attempted stop of a line-drive resulted in a career ending compound fracture of her ring finger.

For years as she followed Dean’s coaching and teaching career across the country, Joyce raised her family and took college courses at every stop: University of California at Northridge, Iowa Wesleyan College in Mt Pleasant, Ferris State University in Big Rapids… eventually earning her B.S. degree in Elementary Education and later, thanks to long drives to night classes, her masters from Central Michigan University.

Landing in Big Rapids in 1970, Joyce became everyone’s favorite 4th grade teacher for the next 24 years and a beloved and involved citizen. For over 15 years she directed the holiday Festival of Trees benefiting the local hospital, eventually being recognized by the community as Humanitarian of the Year in 2016.

She was always a fan and supporter. For 14 years as Dean was Director of Athletics at Ferris State University, Joyce was the Bulldog’s #1 fan and a fixture at home games from football to volleyball, from tennis to hockey and basketball. Not much changed as they both retired and continued to follow their beloved Bulldogs to multiple hockey Frozen Fours, and national championships in football and men’s basketball.

But no matter where the school year took them, their teaching careers meant summers were always in Charlevoix the Beautiful.

She loved summers in Charlevoix.

Joyce loved watching her kids grow up and she became everyone’s “summer-mom” for years of gatherings at the cottage: volleyball games on the sand or in the shallow waters, a favorite mooring spot for ski boats and Hobie Cats, basketball games in the driveway out back and marathon battles of cottage-rules croquet on the lawn in front (if it was doubles, she picked a partner and won more often than not).

As Kids turned into Grandchildren, like-aged cousins were teamed and hosted for weeks of  “Camp Gramp”, where she may not have had top-billing, but she dressed them in annual team colors and helped teach the next generation everything from tennis to golf, and all the cottage favorites.

She also touched many north country local and summer families beyond her own. Charlevoix Junior Golf kept Joyce and Dean busy corralling over 2,000 future life long golfers aged 8-15 on host golf courses across the North since they founded it in 1994. The program’s reputation grew overtime, honored by the American Junior Golf Association for 25 years of service.  The season ending tournament is now named after them.

Of course summer in Charlevoix means the annual Venetian Festival and Joyce was involved. Hosting the queen pageant contest for many years and running the croquet tournament as part of the popular Venetian Games. She and Dean actually triumphed as doubles champions in 2021 (she clearly carried the team to victory).

A celebration of Joyce’s wonderful life is being planned – for the summer of course.

To celebrate her life and loves, memorial contributions can be made to the Charlevoix County Junior Golf Association’s Scholarship Fund at Charlevoix State Bank, 111 State Street, Charlevoix, MI 49720.