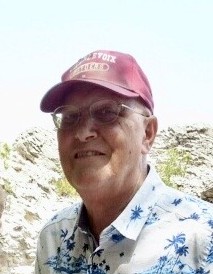 Joe graduated from Charlevoix High School and went on to graduate with his Master’s Degree in Criminal Justice from Michigan State University.  He followed in his father’s footsteps and served as a police officer for both Ingham and Grand Traverse Counties.  Following a 32-year career, Joe retired his badge as the Undersheriff of Grand Traverse County.  Joe was also recognized as an excellent marksman by the FBI.

Joe always kept busy.  He has spent the last 9 years spending his winters in Florida.  He loved to travel; some of his favorite places were Michigan’s Upper Peninsula, Yellowstone National Park, and Yosemite National Park among many others.  He also enjoyed fishing, hunting, and golfing.

He was preceded in death by his parents, Joseph and Wilma Smith, and a brother, Dwight Smith.

To order memorial trees or send flowers to the family in memory of Joseph Smith, please visit our flower store.