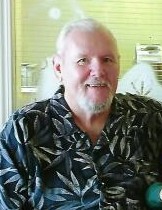 John graduated from Saint Gregory High School in Detroit, and immediately enlisted in the United States Army to serve our country during the Vietnam War.  Upon returning home, John began his career at Ford Motor Company where he worked for 26 years before retiring.

In lieu of flowers, memorial donations may be made to Charlevoix County Veterans Affairs.

To order memorial trees or send flowers to the family in memory of John Whinnie, please visit our flower store.