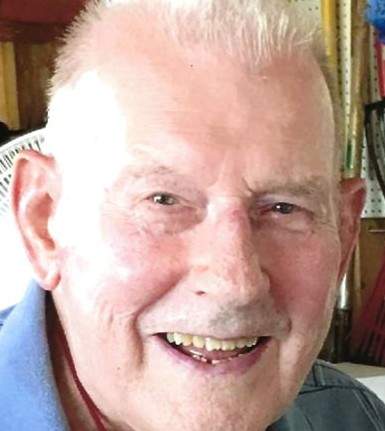 John was born on July 4, 1933 in Chicago, IL, to the late John J. and Rose (Fratrick) Sladek. He was a member of St. Mary’s Catholic Church, Knights of Columbus, and the American Legion.

After serving in the US Army and in the Korean War Conflict, John moved to Northern Michigan. He farmed some while working as a butcher at Olson’s Food Store, and was a mechanic for Bruce Donaldson’s Garage; all before starting his career with USPS. He would go on to work for 35 years as a mail carrier.

John enjoyed bowling, gardening, the outdoors, hunting and fishing, and snowmobiling. His love was camping and traveling with his wife along with spending time with family.

On October 31, 1953, in Charlevoix, John married Beverly Cunningham. They would go on to have five children together.

John is proceeded in death by his parents, wife Beverly of nearly sixty-five years, and sister Rosemary Caposieno.

No luncheon will take place after the interment.

To send flowers to the family in memory of John Sladek, please visit our flower store.