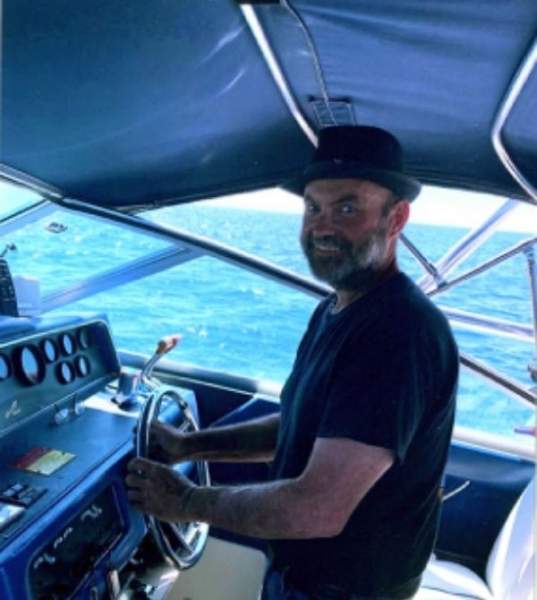 John Scott Runberg, 58, of Beaver Island, Michigan passed away on July 5th, 2022, surrounded by his family.

John was born in Detroit, MI on October 9th, 1963. He was raised in Bay City, Michigan by his loving parents, John and Joyce Runberg. On July 15th, 1989, he married Carol Stasinksi and together they shared 32 years of marriage and raised 5 children.

In 1987, John moved his family from Bay City, MI to Beaver Island, MI where he owned and operated his own drywall company, with his wife Carol. He also spent a few years working at Power’s Do it Best Hardware Store where he enjoyed talking and helping everyone that stopped in. John was a member of the Holy Cross Catholic Church on Beaver Island, MI.

Early in life John enjoyed riding his motorcycle. Once he moved to Beaver Island, his new hobbies consisted of snowmobiling and boating with his wife, children, and friends for many years. John also loved to host cookouts for family and friends to gather, whether it being at his home or on Garden Island, MI. John loved his family unconditionally. He also loved to help anyone in need and was a huge fan of Outlaw Country Music, Michael Beans, and Pat Dailey.

John was predeceased by his parents, John and Joyce Runberg and his mother and father-in-law, Marjorie and Edward Stasinski.

Visitation will be held from 6 – 7pm on August 7th, 2022, at Holy Cross Catholic Church, followed by Rosary at 7pm.

In lieu of flowers, memorial donations can be given to “Hospice of Beaver Island”.

To send flowers to the family in memory of John Runberg, please visit our flower store.