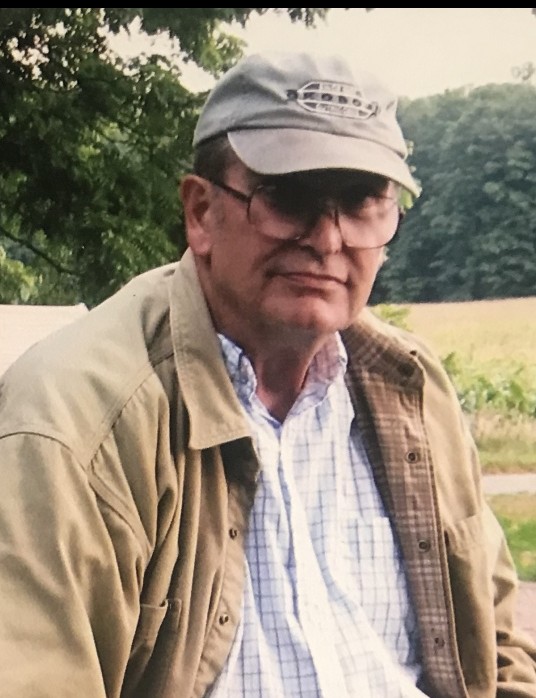 John Peter Oberpeul passed away Tuesday, May 12, 2020, at Meadow Brook Medical Care Facility in Bellaire, Michigan. John spent all of his nearly 90 years in the state of Michigan. He was known as a man who loved his family, could fix anything that was broken, and could help with any problem.

John was born August 12,1930 to Mary and John Oberpeul, who immigrated to the Detroit area from Luxembourg and Germany, respectively. John and his mother were proud of their heritage, and the family maintains a familial connection to Luxembourg. John was an only child. He attended Catholic school in Detroit and Hazel Park until the family moved north. In April of 1946, the family moved to an 80-acre farm in Bellaire. There, John fell in love with the country life. He spent his time milking the dairy cows while attending the Bellaire Agricultural School and applying his 6’6” frame to the basketball court.

In 1951, John’s agricultural pursuits were interrupted by his draft notice to join the United States Army, and he left Michigan for his station in Fort Benning, Georgia during the Korean War. A natural leader, John’s military training took him through Officer Candidate School, where he graduated as a Second Lieutenant and gifted instructor.

Back in Bellaire, John married his first wife, Vivian Drake, on December 30, 1953. Together they had four children, creating a close-knit family working on the farm. Supporting the family was of paramount importance, and John split his time between raising beef cattle and machine-work in factories. He started his career with Arthur Colton, and then pressed precision parts for Lamina for 39 years, creating numerous lasting friendships. Tragically, John’s first love, Vivian, passed away suddenly in 1972. John started attending Parents without Partners, where he met his second wife, Genilee. Married in June of 1977, the two enjoyed 37 years of marriage, creating a blended family with the addition of Genilee’s four children. John and Genilee lovingly welcomed their grandchildren for visits full of tractor rides, story sessions on the front porch, and walks through the maple grove. Sadly, Genilee passed away in 2014.

In lieu of flowers, donations can be made to Good Samaritan Family Services or the Antrim County Commission on Aging.

A Graveside Memorial Service with Military Honors, for John P. Oberpeul will be held Sat. Aug. 8, 2020 at 11 a.m. at Lakeview Cemetery, Bellaire.  A time of gathering will follow from Noon to 2 p.m. at the Oberpeul Farm, 8320 Austin Rd, Bellaire.   Box Lunches and refreshments will be provided. Masks are appreciated and social distancing will be practiced.

To order memorial trees or send flowers to the family in memory of John Oberpeul, please visit our flower store.
Send a Sympathy Card