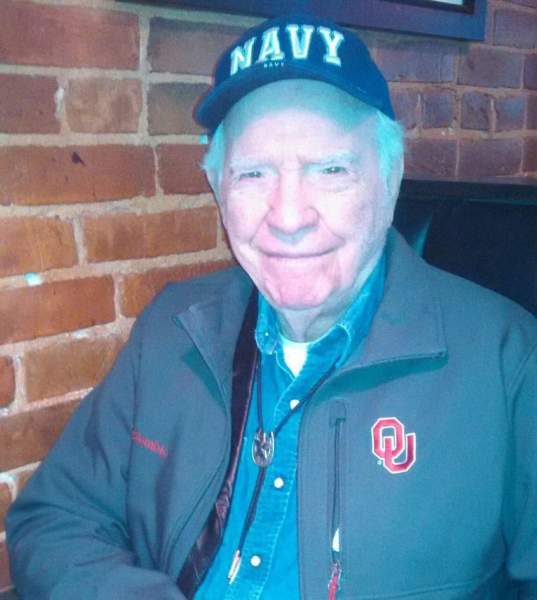 John T.’s nickname was Big John because he was such a big guy in stature, 6’3”, and he had a big heart.  As a young man growing up in Tulsa, Oklahoma, he engineered a trailer to carry his accordion to/from lessons, to school and friend’s houses. He had a horse named Pat. As a Boy Scout at the age of 14, he rescued the lives of two young children who fell into the river, one of his greatest accomplishments. He attended Oklahoma University, as did his father and mother, his college football career was impressive, achieving Big Six Champs status. He joined OU’s Sigma Alpha Epsilon fraternity and graduated with honors in Mechanical Engineering.

After voluntarily enlisting in the US Navy and following basic training, John was advanced to officer’s training due to his extensive college studies and high marks. With the needs of a nation at war becoming ever greater (WWII), Mr. Harley was rapidly propelled through training and assigned to AP-126 Attack Transport, the USS Admiral Hugh Rodman, stationed in the South Pacific. It was not long after the end of the war when John invited Billie Kirby as a blind date onto the Rodman for dinner in the Navy Officers Club. It was love at first sight and they married a short 6 months later, on October 27, 1946. After living in Oklahoma and Texas working for the oil and gas industry, John moved his family of 4 children to Marshalltown, IA, to work for Fisher Controls Company. He continued his Fisher service in Michigan as the Fisher sales agent, establishing the John T. Harley Company/Farmington Hills. He founded a heating/cooling company, Control Pak, of which he sold in later years. He spent many years up north at the family cabin on Torch Lake, his “happy place”.

John was a role model to friends and family alike with a core character of the highest integrity, strong faith and exceptional love for his family.  Being a proud Oklahoman, he would often say, “Everything will be okay, just say OKLAHOMA!”

The family will hold a memorial service up north in Bellaire, MI, on Saturday at 11am, June 25th at the Bellaire Lakeview Cemetery and on Sunday, July 17th in Troy, MI. Please reach out to family for details.

To order memorial trees or send flowers to the family in memory of John T. Harley, please visit our flower store.