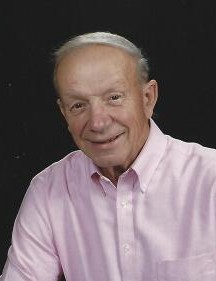 A good and faithful servant has gone home to heaven.

Jerome (Jerry) Kestner was born on November 5, 1934, in Houghton, Michigan, the son of Steve and Molly Kestner. Loving husband of Catherine (Cathy) Picard, April 8, 1961. A father to Jill Kestner-Coyne, Paul David (Tracy) and, surrogate father to Peggy and Jay.

Jerry spent a carefree childhood with his four brothers; Robert, Paul, Harold, and Ray. Along with two sisters; Helen and Margaret, making a lifetime of memories. He shared these memories with his grandchildren; Catherine (Frank) Milner, Elizabeth, Jonathan, Zachary, and Jacob. They loved his stories about his family adventures playing in a family band. Jerry was four on the drums. He also enjoyed lacing up his skates and heading to the pond to pick-up games of hockey with his brothers and friends. These stories will be passed on to his great-grandchildren Thomas and Edith Milner.

From skating on a pond, Jerry received a hockey scholarship to Michigan Technology where he was also captain of the track team. Jerry held the U.P. record in pole vaulting. He was a member of The KD Fraternity. It was there that Jerry met Cathy, a nurse at St. Joseph’s Hospital, a native of Green Bay, Wisconsin. Cathy and Jerry cheered for the Packers with her siblings, Nancy, Robert, Diane, Michael, David, and Mark.

After graduating from Michigan Tech, Jerry and Cathy moved to Livonia, Michigan where Jerry was a Testing Engineer for the City of Livonia. It was there that Jerry’s love of hockey led him to coach and mentor many young athletes. Cathy remembers fondly, the year Paul played high school hockey for Bentley against his father who coached his rival Stevenson High School. Jerry also proudly coached a State Championship team.

In 1992, Jerry and Cathy retired to Bellaire, Michigan where they built a home by the waters of Lake Bellaire. Jerry’s nieces and nephews fondly remember their Uncle Jer for everything from his quick wit, singing at the piano, his great love of the Red Wings, to a cold beer sitting by the water enjoying the beautiful view.

The family thanks the care staff at Meadowbrook for their loving care. We could not have asked for better. Also, thank you to Intelicare Hospice in particular Brie. A huge thank you to Carl Anders, MD who loved and cared for Jerry for 29 years.

A memorial mass will be celebrated at St. Luke’s Catholic Church on Friday, March 12th. The family will greet visitors@11:00am. Mass will follow @ 12:00pm.

To order memorial trees or send flowers to the family in memory of Jerome Kestner, please visit our flower store.