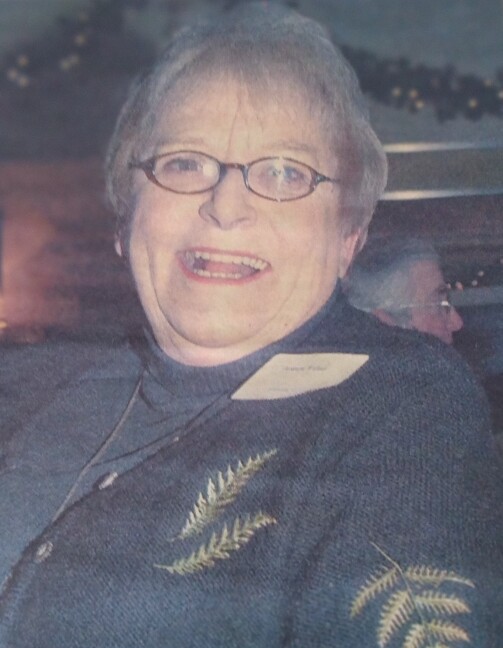 How do you say goodbye to a legend?  Jeannine Wallace earned her release and gained her wings on November 6, 2021.

Born in Grand Rapids, MI, to Ed and Maurine (Spence) Loop, Jeannine graduated from South High School and attended MSU.  She married Larry Wallace on September 8, 1962.  He predeceased her in 1979.

Jeannine was fortunate to summer in Charlevoix as a child, and her first job was at the Fairbanks Bakery in town.  She fell in love with Charlevoix and became a permanent resident in 1953.

Jeannine gave back to her city in so many ways: As an entrepreneur, she owned the Shop of the Gulls – a retail gift & clothing store – for almost 40 years!  She often called herself the “Old Biddy of Bridge St”!  As a trailblazer, she was the first woman ever elected to City Council in 1973.  She was proudest of her fight to get trees planted on Bridge St. to beautify her city.

Jeannine was a founding member of the Downtown Development Authority.  Her last project was the remodeling of East Park which brought her great joy!  Jeannine also served on the Board of the Charlevoix Hospital, and was the only woman on the Chamber of Commerce Board of Directors for many years.

Living in one of the most photographed mushroom houses in town, Jeannine fought hard to create the Earl Young Historical District, which was finally dedicated this year.  For her many contributions to Charlevoix, Jeannine was named the Citizen of the Year in 2004.

Jeannine was full of love for her family, friends, and community.  To her daughters, she passed on her love of reading, and the gift(?) of list making!  She had a great sense of humor, and was always up for an adventure.  A trip to Beijing was a highlight, but her favorite destination was London, England where she visited over six times!

A memorial service will be held at 11:00 a.m. on Friday, November 19, 2021 at the First Congregational Church of Charlevoix.  The family will accept friends and visitors from 9:30 a.m. until the time of service at 11:00.

No one embodied this more than Jeannine Wallace.

To order memorial trees or send flowers to the family in memory of Jeannine Wallace, please visit our flower store.