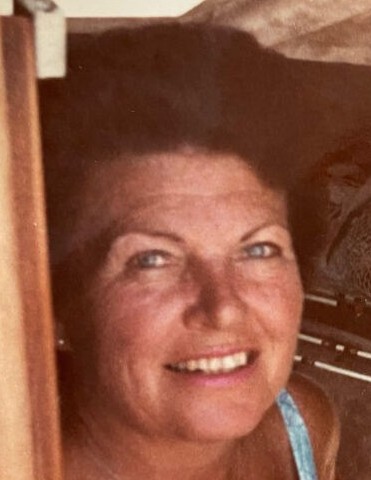 Jeanna May Honer met her heavenly father on August 22nd, 2021 after 94 years spent with many generations of her family. She passed in the comfort of her home on Torch Lake, Michigan.

Jeanna was born on October 16th, 1926 in Jackson, MI to Theo (Wolcott) and Fred Willard. Growing up, she spent many hours in dance classes, piano lessons and working at the dime store earning money to buy books. She read late into the night under the covers with a flashlight with her sister on guard so as not to get caught. She graduated from Jackson High School in 1944. In her senior year yearbook, the caption above her picture reads: beauty, brains, and more beauty – truer words have never been written . She graduated from Michigan State College with an art degree in 1948 where she was a proud member and social chairwoman of the Sigma Kappa Sorority.

She married her high school sweetheart, Robert B. Honer on June 19th, 1948, with whom she raised four children. She enjoyed her years as a preschool teacher, and was later a regular volunteer in her children’s classrooms, as well as in the broader Jackson community.  She was a member of the Jackson Junior Welfare League, Jackson Country Club, St. Paul’s Episcopal Church, Torch Lake Yacht Club and numerous Bridge groups in which she served in many roles. Jeanna enjoyed ski weekends at their Schuss Mountain Chalet, afternoons on the Bojealais, and a glass of Pinot Noir while overlooking Torch Lake’s golden hour with her family.  Jeanna and Bob spent many winters in Florida and Alabama, which allowed them to play golf all year round.

Jeanna made every day a special occasion. She always dressed with the utmost class and was known to be a phenomenal host throughout her life. Jeanna’s friends will always cherish her for the countless celebrations that they shared with her. She loved playing bridge, reading, and cooking from one of her 6 handhewn recipe books.  She loved eating cherry pie with her morning coffee for breakfast in bed while reading the paper. Her four photo albums dedicated to her worldwide travels are a testament to her love of travel as well.  Jeanna’s grandchildren will always remember her full cookie jar, homemade strawberry jam, magical Christmas dinners, and her beautiful, beaming smile they were greeted with each time they walked into her home. She was the matriarch of a large family whom she loved dearly.

Bob Honer preceded her in death in 2019.  Also preceding her in death was her sister Mary Lou French of Sheboygan, WI.

A Celebration of Life will be held Monday, August 30th, at 1:30 p.m. at the First Congregational Church of Central Lake.  The family will receive friends following the service at a luncheon

Arrangements have been handled by the Central Lake Chapel of Mortensen Funeral Homes.  Please sign her online guestbook www.mortensenfuneralhomes.com

To order memorial trees or send flowers to the family in memory of Jeanna Honer, please visit our flower store.