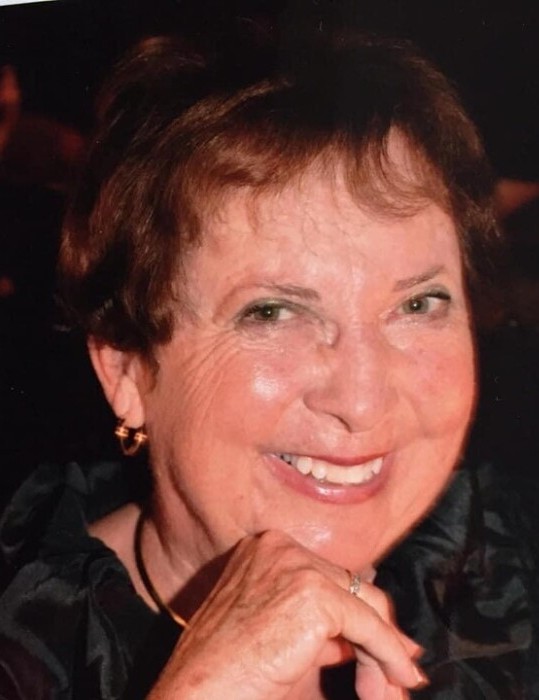 She was born on December 4, 1944 to Vincent and Ruth Arnold in Dayton, Ohio.  After growing up on a farm and riding and showing horses, Jane graduated from Otterbein College with a BA in French and later earned her teaching and ESL certifications in various states.

She married the love of her life, Jeff Olson on July 13, 1968.  and has been married 52 years. They had four children: Heather, Christina, Jennifer, and Joshua. They started their lives together in Honolulu, Hawaii, where she taught middle school PE, supported her husband in the Air Force, and had their first child. After the military, Jeff’s career in the recreational marine industry took them around the country to Little Rock, AR, Muskogee, OK, Elkhart, IN, Seattle, WA, St. Cloud, MN, and Cadillac, MI.  After retirement, they returned to Central Lake to build their dream home next to the cottage her father built more than 55 years ago, where they were surrounded with love, laughter, and lake house memories with her children and grandchildren each summer.

After raising her children for more than 27 years, she resumed her passion for teaching and became an ESL teacher. She was a lifelong servant of Christ and volunteered in the many churches she attended as a Sunday school teacher, deacon, and choir member. She was a devoted daughter, wife, mother, sister, aunt, friend, grandma, and Christian. Her warm smile and gentle spirit will be deeply missed by all those who were lucky enough to know her.

Jane is survived by her husband, Jeff, her four children and their spouses, nine grandchildren, two sisters, two brothers, and seventeen nieces and nephews. She was preceded in death by her parents Vincent and Ruth, who welcomed her into heaven.

Visitation for local friends and family will be Monday, July 6, from 2-4pm at Mortensen Funeral Home in Bellaire, MI.

A celebration of life will be held next summer, 2021, in Bellaire.  Exact date and times will be forthcoming.

Interment will be in Centerville, Ohio.

Memorials or donations may be made in her name to Angel Flight West or Church in the Hills in Bellaire, Michigan.

To order memorial trees or send flowers to the family in memory of Jane Olson, please visit our flower store.
Send a Sympathy Card