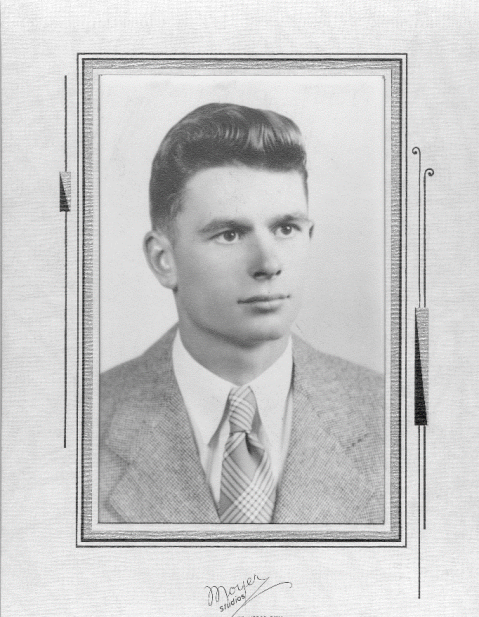 James Isaac Biehl of Alden died peacefully on July 25, 2020.  He was born May 16, 1927 to Gerald and Marie (Easter) Biehl.  The fifth of nine children, he was dearly loved by his parents, brothers and sisters.  He was known as “Mike,” a nickname given to him as a teenager.  He grew up on his parent’s farm on Wetzel Lake Road, north of Mancelona.

During World War II, with two of his brothers in military service, Mike left high school to help run the family farm.  After returning to Mancelona High School to finish his education, he graduated in 1948.  He entered the Army in 1951 and served 18 months at a military base in Baumholder, Germany.

Mike married Ruth Burchard in 1951 and had six children before their marriage ended in 1971.  In 1953, he purchased and ran Hilltop Farm on M-66 until 1960, when he bought his second farm on U.S. 131 north of Mancelona.  He named it Circle B Turkey Ranch and spent over 20 years there.  Mike raised turkeys from 1953 until his retirement in 1981.  His son Jim bought the farm in 1981 and has continued to raise turkeys there since.

In 1981, Mike married Darlene Dodt Kuuttila of Kaleva and gained three more daughters.  They enjoyed 39 years together with their blended family.  Mike and Dar lived in Traverse City and Mancelona until they purchased property on Torch Lake and built a beautiful home, where they have lived near Alden since 1990.   They also wintered in Englewood, Florida for 20 years.

Funeral services with Military Honors will be held Saturday, August 1st, at 2 p.m. at the Mancelona Chapel of Mortensen Funeral Homes.  Family will receive from Noon until the time of service.  Due to the circumstances with COVID-19 the family is requesting you wear your mask and practice social distancing while there.  Interment will take place at a later date in Fairview Cemetery, Mancelona.  Memorial contributions can be given to St. Jude Children’s Hospital, 501 St. Jude PL, Memphis, TN 38105-9959.

To order memorial trees or send flowers to the family in memory of James "Mike" Biehl, please visit our flower store.