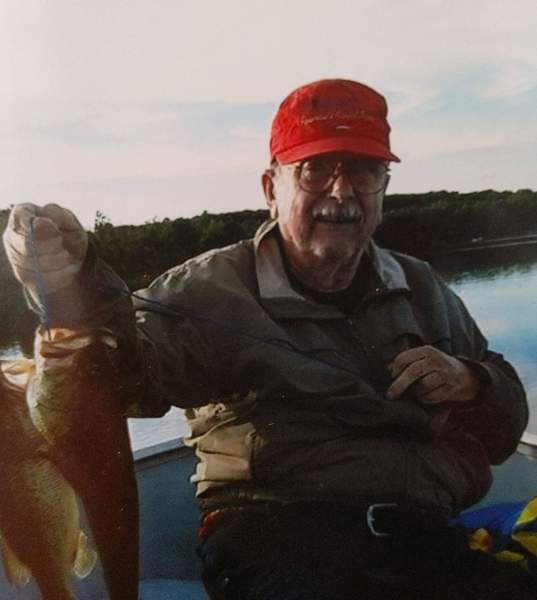 James was born on August 26, 1936 in Charlevoix, the son of Anthony and Frieda (Vanderhagen) Novotny.

He was married to Catherine on August 6 1976, and they went on to have a combined nine children.

James was a man of many skills. He built his own home and designed the trusses on his garage. James loved to hunt and fish, and enjoyed camping and gardening. He raced at Elmira Speedway, loved old cars and restoring old boats. James was a skilled mechanic and body repairman for many years. He took direction from his Uncle Chuck Novotny during an apprenticeship at Northern Auto Body Ford where he would go on to work for years. In later years, he operated heavy equipment for the Charlevoix County Road Commission where he would retire from. James worked at the Charlevoix Boat Yard and worked for a flower shop in Grand Rapids.

Visitation will be held Monday, March 7 from 5pm until 7pm at the Charlevoix Chapel of Mortensen Funeral Homes.

A funeral mass will be held Tuesday, March 8 at Noon at St. Mary Catholic Church with Father Peter Wigton officiating. A luncheon will follow.

Interment will take place in the spring.

To send flowers to the family in memory of James Novotny, please visit our flower store.