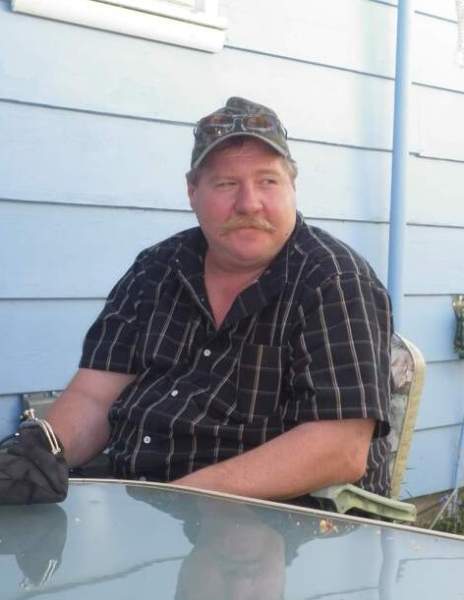 Jim moved multiple time growing up, but eventually found himself in Northern Michigan for good.  He graduated from Kalkaska High School and went directly into the work force.  Jim was a self-proclaimed jack of all trades, master of none.  Among other things, he was a mechanic, a builder, and a line worker at DURA Automotive as well as Eagle Picher.  It was at Eagle Picher where he met a young woman named Debbie Spires.  They were always special to one another, and they eventually tied the knot on July 20, 2000 in Bellaire.

Jim had a personality that drew people to him.  He was extremely sociable and could strike up a conversation with a complete stranger.  Some may know Jim as “The Grill Master”; he loved to have people over to enjoy the food he prepared on his grill.  He used only charcoal, and it could only be Kingsford.  He also enjoyed working on cars and driving the backroads in his mud truck.  Jim will be remembered as a man who would give you the shirt off his back, and whose sense of humor will never be forgotten.

He was preceded in death by his parents, Leonard and Pauline Meeker, and three brothers, Leonard Meeker Jr., Thomas Meeker, and Baby Boy Meeker.

A celebration of Jim’s life will take place at a later date.

In lieu of flowers, memorial contributions may be made to St. Jude’s Children’s Hospital.

To order memorial trees or send flowers to the family in memory of James Meeker, please visit our flower store.