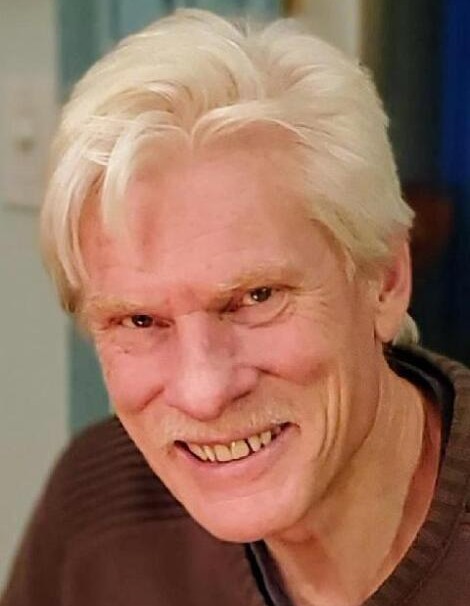 James B. Malewitz, P.E. of Charlevoix died unexpectedly on Thursday, April 9. He was released from this world to walk the streets of gold. Jim was born in Jackson, Michigan, on January 3, 1957 to Norbert and Josephine Malewitz. He graduated from Jackson High School and subsequently, Michigan State University. On September 9, 1978, he married the love of his life, Sandra E. Litzenberg.


Jim had a big personality and was very intentional on how he lived his life. He was always optimistic and felt that any problem could be resolved through people coming together and finding a solution. He looked for the best in people and forgave unconditionally. Because of his wonderful attitude, he had many close friends that felt like family. Family was his prize possession. His children are Janelle Schanbeck (Chris), Patrick Malewitz (Holly) and Aaron Malewitz (Sarah). He loved nothing more than to play with his beautiful grandchildren: Henry, Charlie, Victoria and Luke. There were always blanket forts, lots of sweet treats and loud laughter.


Jim was founder and original owner of Performance Engineers, Inc. in Charlevoix. He loved his work and truly enjoyed connecting with people. His fellow workers were counted as family and they always gave Jim so much support. He touched many lives in the community and his home church, Community Reformed of Charlevoix, where he was an elder. Jim ran a Saturday morning men’s Bible study at his office. He had the chance to have meaningful conversations, discuss God’s work and give mutual support to dear friends. In his early 40’s, Jim became intentional in his relationship with Jesus Christ. He desired to become like Christ and be a true servant to others. He was very motivated to become a good listener and to love people unconditionally.


Jim went on many foreign mission trips and served on the board of Shabach Ministries in Haiti. He was always willing to lend support to many ministries. Every year he personally did a big fundraiser to raise support for Joppa House of Charlevoix, a transitional home for women in Charlevoix. He was also committed to raising monies for an orphanage in India with Word of God for Asia. He served on several boards of local organizations. Jim was a hard working guy but loved to play as well. Every year he organized a four day family reunion for his extended family at Camp Petosega. His sibiling include: Charles Malewitz (Jean), Ann MacDonald (Tom), Joann Davis (Rich), Steve Malewitz (Mary), Dave Malewitz (Karen) and Teresa Drevitch (Chuck). He also had many nieces and nephews. Jim loved campfires with lots of laughter and popcorn. He could talk anyone into playing a game of cards. It was understood that getting together for an evening with Jim always included a game of Wizard.


The family has been deeply moved and are grateful for all the love and support of our wonderful community. Due to the coronavirus, a memorial service will be postponed until we can all come together and celebrate Jim’s life. Memorial donations would be welcomed for Joppa House Ministries, 801 State Street, Charlevoix, MI 49720.

To order memorial trees or send flowers to the family in memory of James Malewitz, please visit our flower store.