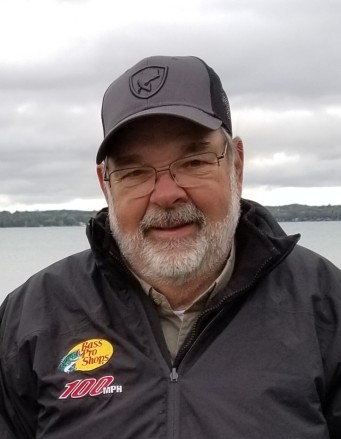 Jack graduated from Central Lake High School in 1961, his college years were at Northwestern and Western Michigan University, receiving two degrees Bachelor of Science and Agriculture.  Jack worked for The United States Department of Agriculture for 35 + years and was a Consultant working for Agriculture for about 10 years.   Jack spent many hours volunteering for The Lions Club of Grand Haven where he was a member and served several times as president of the organization.  Jack will be sorely missed by his family and friends.  He was loving, kind and a happy man.

Some of Jack’s favorite things were being at his farm in Central Lake, He was an avid Bass Fisher, winning many tournaments with son Jack Jr. Jack loved to farm, and would plant big gardens, fruit trees, blueberries, and beautiful gladiolas.  His pride and joy were his children and grandchildren, they brought him true joy.

Jack was preceded in death by the love of his life… his wife Ruth Marie, his parents, Jack & Eileen Sage and niece Amanda Sage St. John.

Services will be held at Central Lake United Methodist Church on Saturday December 14, at 11:00 A.M.  Visitation will be held from 10 A.M. until the time of service.  Interment will be in Southern Cemetery.

To order memorial trees or send flowers to the family in memory of Jack Sage, please visit our flower store.