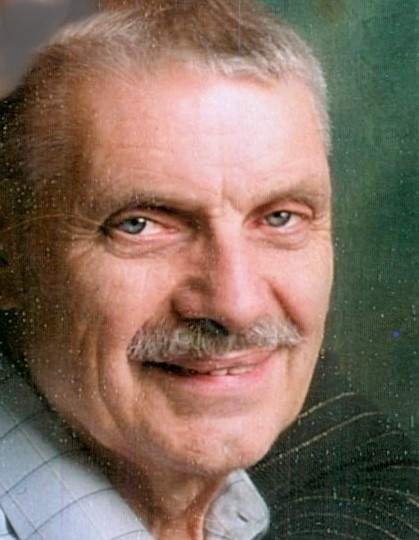 Jack biked 34 miles round-trip to his engineering position at Bendex Corporation long before such a dedication to physical health (and bike paths!) became a thing; he retired in 2003 after 50 years of service. He was quiet, reflective, and meditative. He loved to read and possessed an engineer’s mind that found great joy in simple things that worked.

Jack always put family first. After getting married in 1958, he and Barb looked at a map of Michigan to find just the right spot to raise their hoped-for future kids. They chose Charlevoix for its natural beauty and access to both lakes and ski hills.

While the kids were young, Barb was a stay-at-home mom and Jack, upon his arrival from work, he enjoyed joining his kids in skiing, skating, walking lakeside, or biking. On the weekends, he took the family boating, waterskiing, picnicking, and even hang gliding in later years. He bought a trampoline for himself as a form of exercise. The kids loved it as much as he did and became skilled “backyard bouncers.”

If he wanted to rest between chopping firewood or mowing the lawn with his push reel mower, Jack found the most active part of the house, often lying on the floor with the family dogs strewn over him. To exercise these beloved pets, he held tightly to their leashes as they ran and raced, pulling him on his skateboard or cross-country skis.

Rather than exotic vacations separated from his growing kids, Jack preferred their RV and mapping a route to adventure, his beloved wife as copilot, and their kids—and their kids’ friends—enjoying the journey as much as their destination.

He was the model of a dedicated husband- he honored, protected and cherished his wife.

He was the exemplary father- He always found joy in his kids’ individualities and taught them how to navigate life through example.

He loved to love, loved to laugh, and loved to be encircled by family and dogs.

A private celebration of Jack and Barb’s lives is planned for the summer of 2022.

To order memorial trees or send flowers to the family in memory of Jack Fels, please visit our flower store.