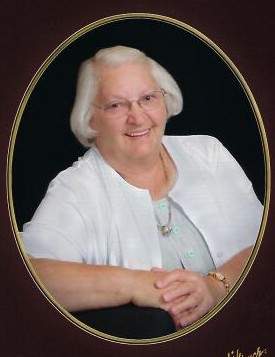 Inez R. Clark,  86, of Newaygo, MI, formerly of Traverse City and  Central Lake, passed away on June 29, 2020 at the Poppen Hospice Residence in Muskegon.

Her and her late husband Estel took over the Calvary Assembly in Central Lake in 1963, then in 1974 they founded the Grace Community Church in Central Lake that still operates today.

Upon retirement in 2001, shortly after she moved to Traverse City where she resided until 2017 when she moved to Newaygo to be closer to her family.

She was preceded by her husband Estel Clark in 2009, 3 brothers, Edward, Herman and Robert Bork, 2 sisters, Louetta (Bork) Eckhoff and Marie (Bork) Brant as well as her parents.

Funeral services will take place on Thursday, July 2, 2020 at 2:00 p.m. at the Grace Community Church in Central Lake with John Schlabach officiating.   Visitation will be from 12 noon until the time of services at Church.

Memorial contributions may be made to the charity of the donor’s choice.

To order memorial trees or send flowers to the family in memory of Inez Clark, please visit our flower store.