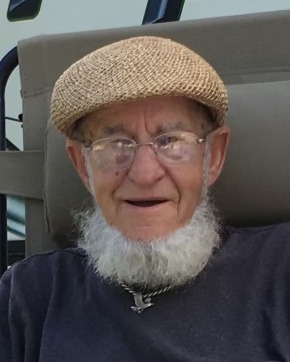 Howard Allen Herriman, 77, of Charlevoix, passed away on Monday, December 5, 2022 at home surrounded by his family.  He was born on November 6, 1945 in Bad Axe, MI, the son of Howard and Beatrice (Severn) Herriman.

Howie graduated from Charlevoix High School, and shortly thereafter, he enlisted in the United States Air Force.  After proudly serving his country for four years, he returned to Charlevoix and began working at the cement plant where he retired from after 35 years.

Howie was well known for his specially made birdhouses with hand-picked stones from beaches in the area as well as from Grand Marais.  He looked forward to the snow each year as that meant he not only got to plow his own driveway, but the rest of the neighborhood as well.  He loved eagles and collecting them, driving his classic Pontiac Solstice around town, and spending the day on nickel slots at the casino.  He also coached little league baseball in Charlevoix for several years when his son was playing.

He was preceded in death by his parents; his first wife, Sharon Herriman whom he wed on June 7, 1969; two brothers, Nate Herriman and Duane Herriman; and two step-brothers, Robert Grunch and Roy Grunch.

In lieu of flowers, memorial contributions may be made to the Charlevoix Area Humane Society, 614 Beardsley St., Boyne City, MI 49712.

To order memorial trees or send flowers to the family in memory of Howard Herriman, please visit our flower store.