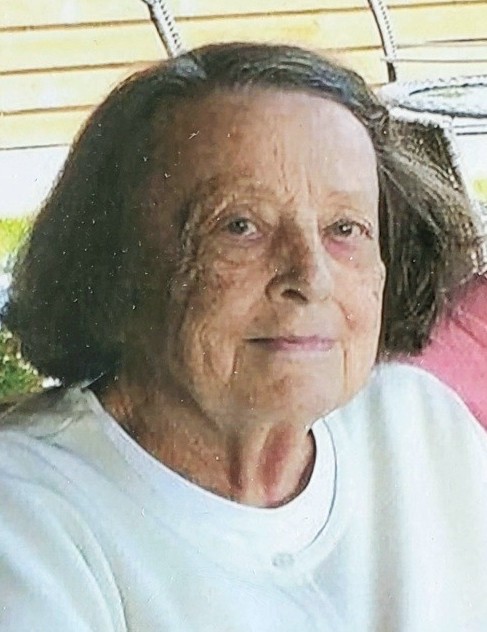 Helen was born July 26, 1927, on the family farm which her great grandfather, Vrelon Bates, had purchased in Scio Township. She was the sixth of seven children of Henry Carl Bates and Ruby Estella (Ott) Bates.

Helen grew up in Dexter and graduated from Dexter High School in 1944, after which she worked making walkie-talkies for the WWII war effort to fund her college education.

She graduated from Michigan State University in 1949 majoring in speech and English. While there she swam for the college club team and played field hockey.

Helen met her husband, William Edward Stewart, at MSU after he had returned from serving in WWII. They were married in the Dexter Methodist church January 28, 1950.

Helen worked in the pediatrics department at the University of Michigan and returned to the family farm when William was recalled to active Army duty in 1952. It was then that their daughter Carolynn was born. Upon his return, they moved to Detroit and their son William Jr. was born.

Together they taught Sunday school at the local Methodist church until moving to Lathrup Village where she lived for 47 years. During those years she welcomed many wonderful neighbors into het life: Loretta, Alex, Gail, Andi, Carl, Kim, Charles and Ann. She was especially fond of the neighborhood children who were made to feel at home with homemade bake goods and nurturing.

Helen took pride in her yard and many gardens. She was a cub scout leader, played a mean game of golf and liked to bowl.  She knitted more mittens and hats than could be counted and was a superior seamstress having made her own wedding dress as well as dresses for her nieces. She even worked in a fabric store for a time.

Helen was a voracious reader and completed the daily crossword puzzles until the very end. She liked watching sports and was happy when cable came out so she could watch them all! She would even force herself to watch a U of M game if her beloved Spartans were not playing. To say she loved animals would be an understatement. Why else would there be 7 cats in the house at one time?

In 2009 Helen moved to Bellaire near her daughter Carolynn. She enjoyed doing jigsaw puzzles with her new friends Beth, Sherri, Mike, Mick, Mary, Deb, Wanda and Cookie. Her meals on wheels delivery friends called her “The Puzzle Lady” and she enjoyed their conversations. Friday mornings she looked forward to breakfast at the senior center and seeing everyone there.

In addition to her husband William, she is predeceased by her sisters Dorothy Bates, Louise Mann, Jeannette Turner, brothers Harry Bates and William Bates.

In lieu of flowers donations may be made to the Michigan Humane Society or to the Antrim County Commission on Aging “Meals on Wheels Truck Fund” P.O. Box 614, Bellaire, Michigan 49615.

To order memorial trees or send flowers to the family in memory of Helen Stewart, please visit our flower store.