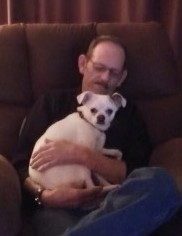 He and Kathleen made their home in Mancelona, where they raised their children.   He worked for Moeke Lumber Lumber for over 30 years until their closure in 2011.   More recently,  he had been employed by the Derrer Oil and Propane Company where he was an over the road gas tanker driver.   He loved the outdoors and in his spare time he could be found hunting, fishing or caring for his garden.   He enjoyed spending time with friends, family, and most importantly his grandchildren.

He was a very loving and caring man that always tried to help anyone in need whenever he could.

He was preceded in death by his parents, a sister Diane Downs and a grandson Caleb Gross.

There will be a public viewing on Saturday, March 6, 2021 from 2-4  p.m. at the Mancelona Chapel of Mortensen Funeral Homes.

There are no formal funeral services scheduled at this time.   The family may have a memorial service at a later date to celebrate his life.

To order memorial trees or send flowers to the family in memory of Harry Gross Jr., please visit our flower store.
Send a Sympathy Card