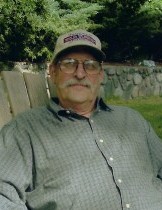 Harold was born on May 29, 1923, in Central Lake, the son of William and Marie (Thompson) Oliver.

He was a long time resident of Central Lake and enjoyed carpentry, woodworking, carving, stone work, hunting and fishing.

To order memorial trees or send flowers to the family in memory of Harold Oliver, please visit our flower store.