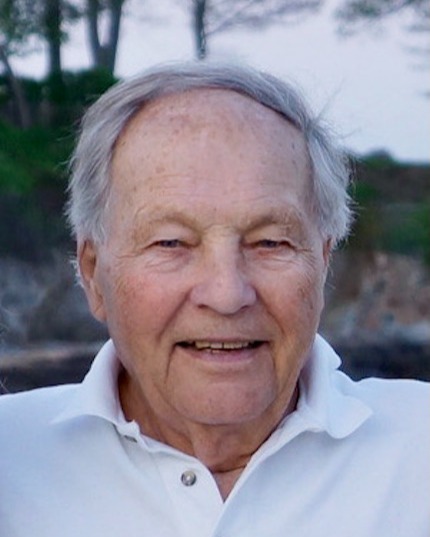 Hans had a creative and youthful spirit and was tough and soft all at the same time. His physical and mental toughness allowed him to rise above childhood polio and the extraordinarily harsh times of WWII, which could have broken the souls of many boys. His softness allowed him to maintain a compassionate, optimistic outlook on life and humanity and excel at being a “girl dad”.

Hans was a renaissance man with many passions such as art and music that started early and never left him. Dusseldorf was a thriving art community where he loved hanging out in the “bohemian” artist section near the Altstadt and attending Opera with his mother.

Hans came to the U.S. in 1951 with little more than a Leica camera, a tennis racquet, a couple hundred dollars and the dream of studying architecture at the University of Michigan. He used to say he was one of the few who flew to the U.S. on the slowest transatlantic airplane and returned to Europe later aboard the fastest, the Concorde. When arriving in Michigan, he was welcomed by his German uncles and aunts. Hans worked full time to pay for his studies at the U of M where he had a construction company. He soon met Gail Burlingame, the love of his life, and they created a wonderful life together for 67 years.

Family was paramount to Hans and he never missed an opportunity to encourage his daughters to pursue their dreams and tell them he was proud of them. He loved being with his three grandsons and sharing his life’s lessons with them. He and Gail were role models in their love of family and second parents to many. Some favorite memories were skiing in the Swiss Alps with his daughter Lisa, visiting art galleries with his daughter Ingrid, and attending sports and music events in which his grandsons participated. In addition to Hans’ family and friends, he considered the towns he lived in as central characters in his story. He loved Düsseldorf, Ann Arbor, Charlevoix, and Sarasota.

Hans had the gift of storytelling and enjoyed entertaining friends and family with fascinating stories. He was known for his quick wit and sometimes blunt approach and a favorite saying was, “I’d agree with you, but then we would both be wrong.”

Hans was a deep, global thinker who led a life of intellectual curiosity. He was one-of-a-kind, a dreamer, a big picture guy, he never sweated the small stuff. He had no real regard for the constructs of time and money. To him, they were loose frameworks, which sometimes annoyed his punctual, fiscally-minded wife.

Hans was an athlete for almost eight decades and shared his love of sports with his daughters. He enjoyed rowing in his youth club on the Rhein River, tennis at the neighborhood courts in Charlevoix and The Landings Racquet Club in Sarasota. He skied with the fluidity of a Bavarian ski instructor and absconded from his office on sunny winter days to ski Hemlock at Boyne Mountain.

Hans loved architecture because it blended his creative talents with his mathematical mind. But, when asked what else he would have liked to become, he would quickly say a composer of symphonies. He said he got as close as he could with architecture and would quote German writer Goethe, “Architecture is frozen music.” Hans had a hunger for knowledge and was a voracious reader of history to the point that he could easily have been a professor of history and linguistics.

His daughters will miss him calling them “Honeybun”, his enthusiastic greeting on the phone and in person, his love of life, his endless treasure trove of stories, his uncanny photographic memory, his sharp mind, his socially liberal leanings, his support of women’s rights and him yelling from the side of the tennis courts, “Hit that ball baby!”

Hans is survived by his daughter Lisa Wiemer Lillelund, his son-in-law Mads Lillelund, their sons Tahoe and Dakota, his daughter Ingrid Wiemer and her son Austin, his cousin Rita Busuttil, other extended family, many beautiful homes and buildings he designed and hundreds of paintings he created. He is preceded in death by his parents, his infant sister Margarete, and his wife Gail. A Celebration of Life will be held in July 2023 in Charlevoix Michigan.