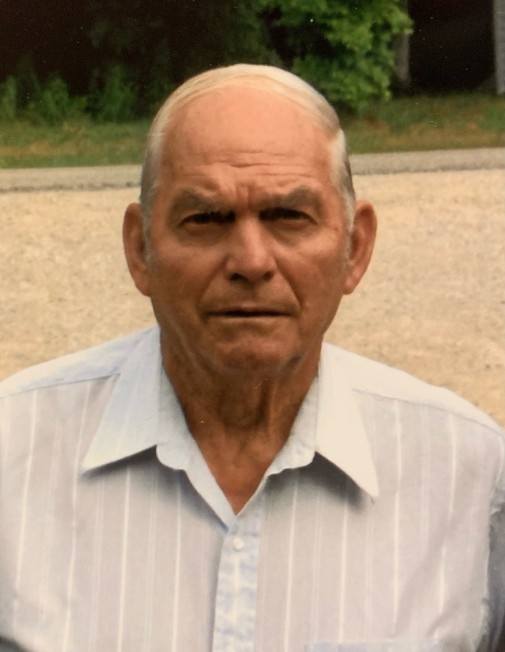 He was the grandfather of Marie (Jordan Sparrow) Taylor, Lily Taylor, and Brent Taylor Jr. He was the brother of Isabell LaPeer, Betty Watros, Pauline (Bud) Hoogerhyde, brother in law of Reva Fuller, special niece and his caretaker Tressa Fuller, and many other nieces and nephews too.  He was preceded in death by his daughter and son in law Joan Marie and Brent "Larry" Taylor, wife Rosemary (Nov. 27, 2020), parents, siblings Richard, Robert, Herbert, Cecelia, and brother in laws Frederick Watros and Augie LaPeer.

Grant was a hard worker and retired from the East Jordan Iron Works. He liked cutting firewood, scraping metal, and plowing snow. For many years he went to breakfast every Sunday morning at the Alba Sportsman Club and he enjoyed going to coffee at the Front Porch in Ellsworth.  He also enjoyed playing bingo and taking daily car rides to see the country side.

Graveside services will be held Friday, April 30, 2021 at 3 pm at Southern Cemetery, Central Lake.  A luncheon will follow.

Arrangements have been handled by the Central Lake Chapel at Mortensen Funeral Homes. Please sign his online guestbook www.mortensenfuneralhomes.com.

To order memorial trees or send flowers to the family in memory of Grant Fuller, please visit our flower store.