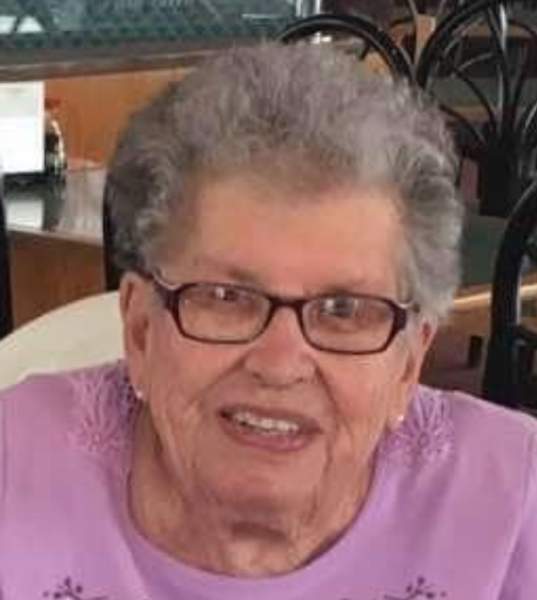 Gladys Jean “Dolly” Coen, 100, of Charlevoix, passed away peacefully on Thursday, August 11, 2022 at the American House in Charlevoix.  She was born on February 26, 1922 in Manitowoc, WI, the daughter of Frank Zeman and Emma Pech.

Dolly graduated from Manitowoc High School in 1940.  Six years later, she married her high school sweetheart, Kenneth Coen, shortly after he returned from WWII.  In 1967, they moved permanently to Charlevoix when the cement plant was opened.  Dolly worked at the local bakery for several years and then as a cook at Charlevoix Hospital where she retired from.

Dolly belonged to the Rod & Gun Club for many years, sharing her enthusiasm in the sport with others.  Aside from fishing, she also enjoyed bowling, playing bingo, and playing cards, Michigan Rummi in particular.  Family members and friends would often call her to check on hands that were played, always making sure to play by “Dolly’s Rule”.  Due to her Wisconsin roots, she could often be found cheering on the Green Bay Packers on Sunday afternoons.  She loved to get together with family, and was famous for her lemon meringue pies and potato salad.

She was preceded in death by her parents and her loving husband, Kenneth Coen.

Dolly’s family has chosen to celebrate her life privately.

To send flowers to the family in memory of Gladys "Dolly" Coen, please visit our flower store.