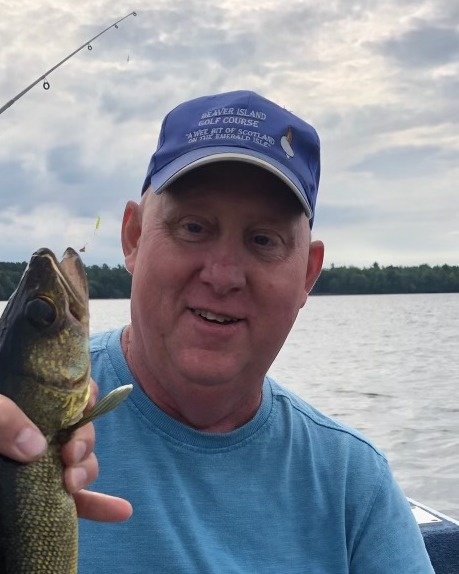 Gerald Nelson LaFreniere Jr.  was born on July 24, 1967, on Beaver Island to Gerald and Carol LaFreniere. He attended school here on the island until he joined the US Army in 1985 at the age of seventeen. He finished his education there, and over the course of the next seven years attained the rank of Sergeant before being honorably discharged in 1992.

Gerald married the love of his life, his ‘beautiful bride’ as he called her, Tammy Meaney in April of 1996. They have two daughters, Katie Lynn and Jessica Renee. To say that these girls were ‘daddy’s girls’ would be the understatement of the century. They were his greatest joy, his greatest pride…his reason for being.

Gerald served his community in many, many ways. He was a volunteer firefighter, and EMT Specialist (where they lovingly referred to him as ‘the Logistics Guy’), a reserve deputy (he was Charlevoix County’s reserve deputy of the year in 2021!). He loved Station 57 very much. In addition, he served as a member of the BICS Board of Education, as a member of the library board and, for many years,  as score keeper for BICS athletics--a “job” he also loved.

Gerald also worked for Robert’s John Service for close to 30 years. He was the face that opened and closed hundreds of homes every year, provided around-the-clock service and was known for being able to make most anything work-the best trouble shooter around.

His hobbies in no particular order were golf, fishing and going to casinos. He loved them all. A huge thank you to Johnny B, Nick Olson and Doug Meaney for helping him fish every weekend this summer. Thank you to John Works, his best friend, for keeping him centered both spiritually and as a husband and father. We will also be eternally grateful for Joe Callian for supporting his ‘partner’ until the bitter end.

Mass will be held at Holy Cross on October 20, 2022, at 11:00 am with Father Jim Siler presiding. A luncheon following at Holy Cross Hall.

To order memorial trees or send flowers to the family in memory of Gerald N. LaFreniere, please visit our flower store.