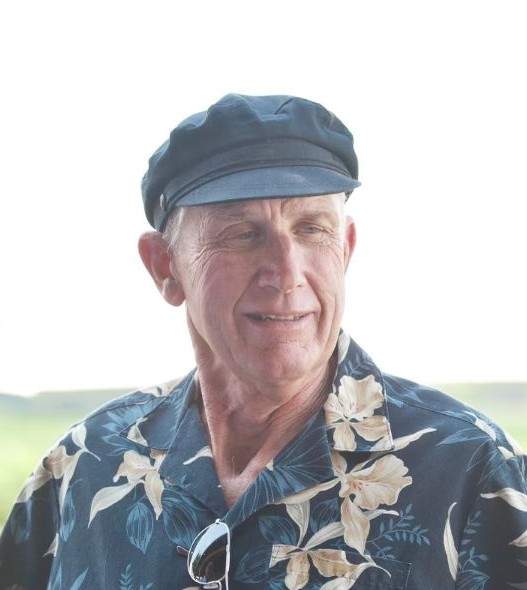 George graduated from Roosevelt High School in Wyandotte and went on to obtain his master’s degree in teaching from Michigan State University.  George worked as an industrial arts teacher which eventually brought him to Elk Rapids.  In 1978, he began dating fellow educator, Linda Baker.  On June 16, 1979, they were married at Central Methodist Church in Traverse City.

George was instrumental with the design of the original VASA trail.  He allowed part of the 25 k loop to traverse through his property and every year he volunteered as a “pre-runner” to check the trail conditions, prior to the race.

George retired from teaching in 1997, and Linda in 1998; shortly thereafter, they bought a RV and sold their home on East Bay.  For the next 20 years, they travelled across the United States in their RV with jeep in tow and a rowing shell strapped to the top and the bikes on the back.  George thoroughly enjoyed rowing, and he did so in Alaska, East Bay, and the Colorado River as well as many other locations across the United States.  George was known for his helping heart; if he saw a person in need of help, he would stop what he was doing and offer his assistance.  Whether it was helping change a tire, diagnose an engine issue, help a stranger load their groceries, he was always there even when you didn’t know you needed him. George never met a stranger.  He will be dearly missed by all who knew him.

In lieu of flowers, memorial contributions may be made to Tart Trails https://traversetrails.org/give/donate/