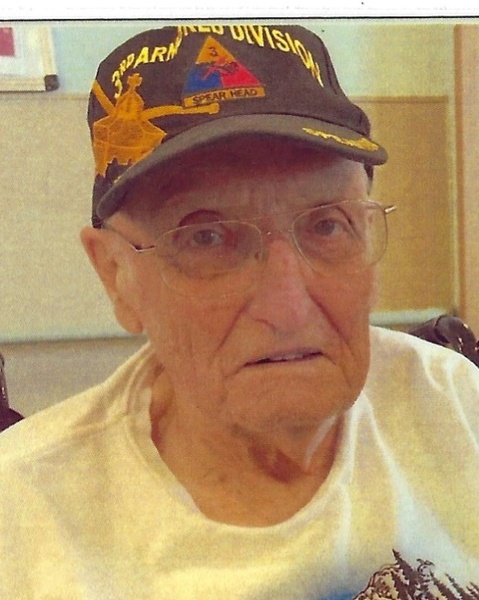 George “Larry” Lawrence Hamblin, 88, of Mancelona, passed away September 17, 2022 at Meadowbrook Medical Care Facility. He was born May 22, 1934 in Mancelona, the son of John and Bessie (Tomkins) Hamblin.

Larry proudly served his country in the United States Army and was a tank mechanic. On August 18, 1962, Larry married Marie Lee at St. Anthony’s Catholic Church in Mancelona. They would go on to be married for 60 years and have two children. Larry was always a man of faith. He was a member of the Knights of Columbus and St. Anthony Catholic Church. He would go on to serve his community as a member of the Fire Department, Village Council, and Liars Club. Larry was the Explorer Scout Leader and always enjoyed being outdoors. He was an avid hunter, and a classic car enthusiast. Larry restored a 1940 Oldsmobile Coupe which made several appearances at the Bass Festival Parade and local car shows. He and Marie would spend 25 years going to Florida and while there Larry volunteered at Toy Makers within Orchid Lake Park. Larry for many years, would dress up and play Santa for the Village of Mancelona and several “special” children.

He is preceded in death by his parents, 4 sisters, Helen, Alouise, Phyllis, Beverly, 2 brothers, Jim and Bob.

A Memorial Service with Military Honors will be held on Friday, September 23, at 12 noon, at the Mancelona Chapel of Mortensen Funeral Homes, with Fr. Chet Collins officiating. Visitation will be held from 11 a.m. until the time of the service.

Memorial donations in Larry's honor can be made to the Dementia Society of America.

To order memorial trees or send flowers to the family in memory of George "Larry" Lawrence Hamblin, please visit our flower store.
Send a Sympathy Card