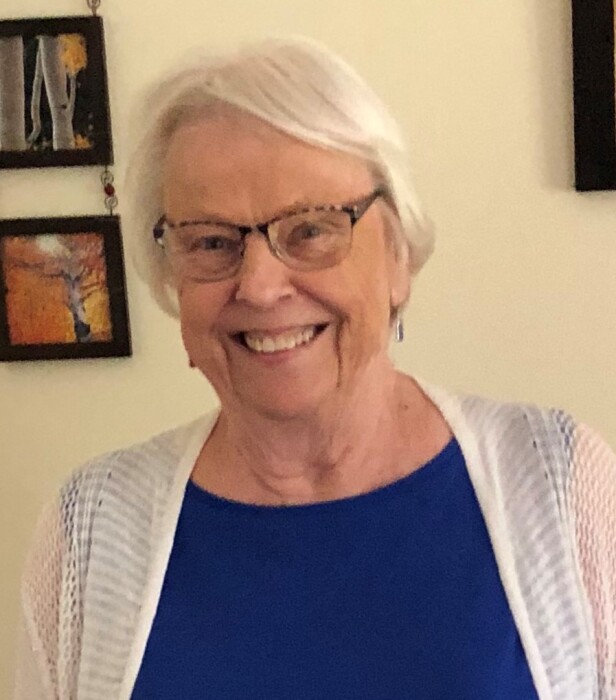 Gayle Ann Snyder, 81, passed away December 17, 2021 while residing at The August Haus, in Gaylord, MI with her three daughters by her side.

Gayle, was born on July 17, 1940, in Columbus Ohio, the daughter of Norman and Evelyn (Berry) Norris.

Her career and passion was nursing.  Gayle worked in many different areas of nursing and officially retired from the State of Michigan on July 11, 1997.

Prior to her starting nursing school, she and her sister Noreen spent a summer on Mackinac Island. While working at Murdick’s Fudge, she met the late John Monache, who at the time, was stationed on the Island and serving in the U.S. Coast Guard.  They married in May 1960 and together had their three daughters.

She loved living in Northern Michigan and its four seasons!

Gayle participated in the White Pine Stampede Cross Country Race, not once but twice.

She was also preceded in death by her parents, Norman and Evelyn, and her sister Noreen.

Gayle’s celebration of life will take place in Grand Marais, MI in the summer of 2022.

The family has requested that remembrances be made in the form of contributions to Northern Michigan Hospice.

Arrangements are in the care of the Mancelona Chapel of Mortensen Funeral Homes.  Sign her online guestbook www.mortensenfuneralhomes.com

To order memorial trees or send flowers to the family in memory of Gayle Snyder, please visit our flower store.