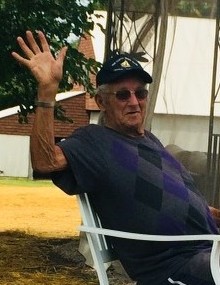 Fredrick C. Steuer, 81, of Boyne City, passed away on November 1, 2021 at McLaren Northern Michigan in Petoskey.

He was a veteran of the U.S. Army and lived in various places throughout his life.   He especially enjoyed Alaska.

He was preceded in death by his parents, a brother Walter Steuer, a sister Norma Steuer and 2 children, Cindi Cherven, and Matt Steuer.

Visitation will be on Thursday, November 4, 2021 from 5-7 p.m. at the Central Lake Chapel of Mortensen Funeral Homes.

A Graveside service with military honors will be on Friday, November 5 at 11:00 a.m. at Mt. Bliss Cemetery, Jordan Township, Antrim County.

To order memorial trees or send flowers to the family in memory of Fredrick Steuer, please visit our flower store.