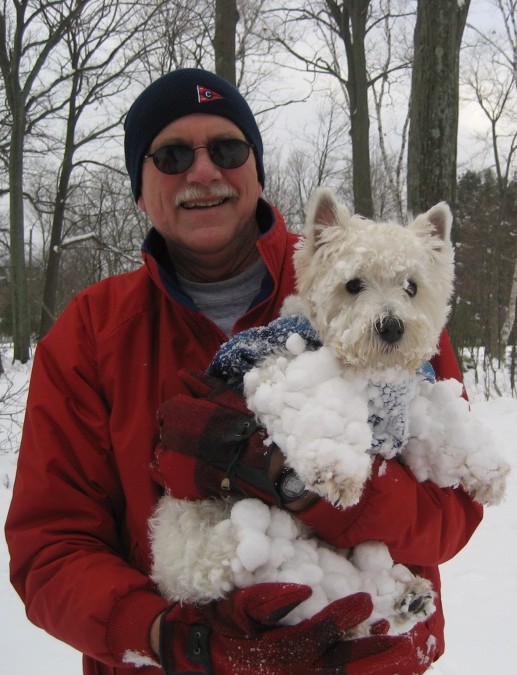 Fraley James Stewart, MD, of Charlevoix died peacefully at his home in the early morning of November 15, 2019. He was 73 years old.

Jim Stewart was a true Charlevoixan, born in the old South Side Hospital on January 4th 1946. With his two brothers, sister, and friends, Jim enjoyed an idyllic childhood of baseball, swimming, sailing, fishing, Scouts, and a carefree existence. Walk the wood chip trails in North Point and you will step on the foundation of the Boy Scout cabin where Jim fell out of a bunk bed and broke his arm as a 10-year-old. His love for Charlevoix never waned.

Jim, known to many by his childhood nickname, Doc, after his physician grandfather, graduated from the then-new Charlevoix High School on Garfield Avenue in 1964. He attended Northern Michigan University before graduating from Wayne State University, where he took his BS and Masters degrees in biology and pitched for the Wayne State baseball team, attracting some major league attention but never a career. He attended medical school at Wayne State, graduating in 1976. With a five-year-old son in tow, he moved his family to Midland, Michigan, to begin his training in Family Medicine, earning honors as the outstanding chief resident in his highly competitive program in 1979.

There was never a doubt in Jim’s mind that he would return to Charlevoix, reprising the role of town physician held by his grandfather, Dr. F. F. McMillan, and he joined Charlevoix’s Pine River Medical practice upon his return. Overnight, Dr. Stewart became known as a source of quality family medical care in Charlevoix, and for more than 30 years he cared for thousands of patients, delivered scores of babies, inspired many Charlevoix High School students to enter health care professions, and taught hundreds of medical students the art of practicing medicine in a small town. His commitment to the people of Charlevoix and surrounding areas was reminiscent of a time when doctors put their patients and their role in the community ahead of all other interests.

When he wasn’t working in the Charlevoix emergency room or delivering babies, Jim could likely be found at the Charlevoix Yacht Club and with Kate on his beloved Pearson 26 sailboat, Cygnus, on which he won many races . Racing sail boats was a passion of Jim’s that he passed on to his son Dylan.  An inveterate reader of fiction and history and an avid supporter of the arts, Jim was also a proud member of the Charlevoix Masonic Lodge 282, like his father and his son.

Jim contracted a severe, life-threatening illness in November 2011 while on a volunteer medical mission to provide health care in Guatemala with his physician son. Following a long and arduous rehabilitation, he fully recovered, returned to work, and married his second wife, Kaylynn (Kate) Fox, in September 2012. Three years later, he came out of a brief retirement (he “flunked retirement,” said his family) to begin seeing patients as a family physician once again, serving positions in underserved communities in northern and central Michigan. He was especially proud of having helped dozens of patients successfully overcome opioid addictions. Few things besides his own family made him happier than using his skill as a physician to help people.

Jim was still working and taking active delight in his expanding family when he passed away. He was preceded in death by his father, Harry A. Stewart, mother Freda (McMillan), sister Jill, and brother Jerry. He is survived by his loving wife Kate, his son Dylan (Christine Karwowski-Stewart), a New York physician, daughter MacDuff of Annapolis, Md, brother Jon of Berkeley, Calf., and grandchildren, Theodore James, Jan Alexander, and Christian Casimir. Lest we forget, his two wonderful Westies, Lily and Harry.

A memorial service will take place at the Charlevoix United Methodist Church.

The family requests that, in lieu of flowers, donations may be made in Jim’s name to the Charlevoix United Methodist Church, in which he had long been an active member and lay minister.

To order memorial trees or send flowers to the family in memory of Fraley James Stewart, M.D., please visit our flower store.