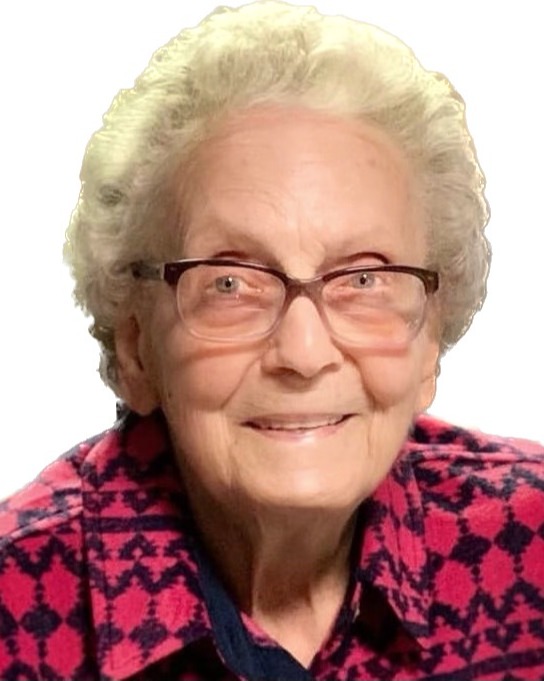 Peggy moved to Charlevoix at 19 and made it her lifelong home. There, she met and married her late husband Albert William Thorp. They had five children: William (Terri) Thorp, Jeffrey Thorp, Thomas Thorp, Lorrie (Thorp) Lievsay, and Pam (Thorp) Potter.  Her family also includes 14 grandchildren, 23 great-grandchildren and 1 great-great-grandchild.

For over 50 years, Peggy worked for several resort families with whom she became dear friends and who loved her like family. She also drove school bus for Charlevoix Public School District transporting kids to & from school, as well as many sporting events. She met and touched the hearts of many kids during that time. Farm life kept her busy tending the animals and garden, baking and canning all sort of items. At the same time, she was a member of the local church where she was a faithful servant at many potluck dinners and events. Still, she managed to raise her five kids, loving, and supporting them, always present at concerts and games. Having all those grand & great grandchildren just provided more opportunities to love, give, and guide us along life's journey. Playing cards & board games, reading, and doing puzzles were some favorite pass-times.

Peggy is preceded in death by her husband and parents.

A memorial service will be held on Tuesday, January 17th at 11:00 a.m. at the Charlevoix First Baptist Church. Visitation will be for family at 9:00, then friends and family from 9:30-10:45. Luncheon will follow the service at the church.

To order memorial trees or send flowers to the family in memory of Edith "Peggy" Thorp, please visit our flower store.