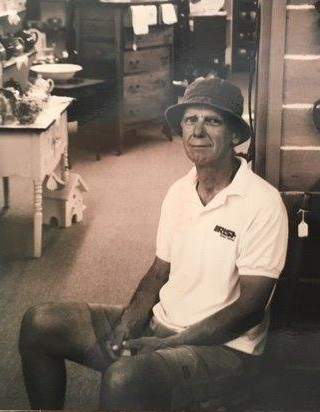 Don grew up in Allen Park, MI with his parents and his sister Judy. He graduated from Allen Park HS where he was a standout athlete and student. Upon graduating, Don attended Michigan State University and Eastern Michigan University. In 1956, during a break from school, Don met the love of his life, Marcia Britton, daughter of Glenn and Florence (Pearl) Britton. They married on August 23, 1958.

With Marcia by his side, he then attended University of Chicago where he earned his medical degree. Don spent the majority of his medical career in private practice and at Riverside Osteopathic Hospital in Trenton, MI as the head of the ER. He retired in 1992.

Don and family lived in Grosse Ile, MI. Don was known for creating fun in the neighborhood and working hard for his family. In 1976, the family moved to Charlevoix, MI. He was well known for serving as the Charlevoix Rayder team doctor, earning his nickname “Doc”.

Don was a man who loved adventure and wanted to make a difference. Don and Marcia opened Stonehedge Gardens Antiques. Around the shop was a beautiful garden where he spent hours each day making sure every plant was perfectly well kept. He was an artist who created beautiful furniture and paintings. Don loved to learn new things. He was well read on many topics and when he had an interest in something, it became a passion and he immersed himself in it.

Don was a man of great faith. He was very passionate about medical mission trips all across the world. Of all his many missions Don fell in love with Africa and its people. The trips were made possible through the Charlevoix Community Reformed Church, of which his was a past Elder and a proud member.

Don is reunited and rejoicing with his parents, granddaughter, Madeline, and other family and good friends.

A time for friends to pay their final respects to Don will be held on Friday, July 24, 2020 from 3:00 p.m. to 5:00 p.m. at Brookside Cemetery.  This will be a drive-up style of service.  Please enter the cemetery at the 4th St. entrance on Marion Center Rd. and follow the signs to the location of Don’s burial site.   Those attending have the option to remain in their vehicles and pay respects, or to exit their vehicles once they are at the front of the line.  Due to the circumstances with COVID-19, the family wishes to do their best to ensure everyone’s safety and eliminate the opportunity for any sort of group gathering.

Arrangements are in the care of the Winchester Chapel of Mortensen Funeral Homes. Please sign Don’s online guestbook at www.mortensenfuneralhomes.com

To order memorial trees or send flowers to the family in memory of Dr. Donald Trimper, please visit our flower store.