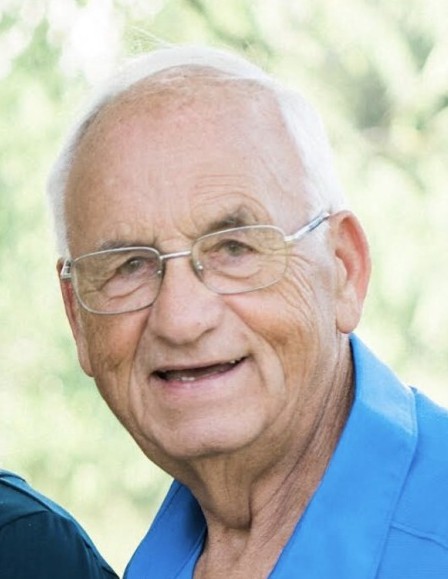 In 1947 the family moved to a farm in Charlevoix. Doug graduated from Charlevoix High School in 1953. Two years later he married the love of his life, Lorraine Essenburg in Atwood where they would take residence. He started working in the bottled gas business and eventually became an agent for Standard Oil Company where he covered Central Lake and Ellsworth. His territory soon increased to include the Charlevoix area and Doug took ownership of the business which would become Way Oil Company. Doug and Lorrie moved their family to Charlevoix in 1977. After selling the business to Derrer Oil, Doug enjoyed working with his sons until retiring just four years ago.

Doug was President of the Full Gospel Business Men’s Association, a Charter Member and served on the board at Charlevoix Assembly of God Church,  and served as a board member for Charlevoix County Road Commission and Great Lakes Energy. Doug was a devout Christian and his love for the Lord and for people was evident to everyone who met him. He greeted everyone he knew with kind words and an endless smile. Strangers and local business owners became fast friends after meeting Doug. He would do whatever he could to meet their needs including praying with them, providing food, meeting a financial need, or even bringing them home for a hot meal and fellowship with his family. He was a wonderful husband, father, brother, uncle and friend. His time spent with his grandchildren brought some of the greatest joy of his life.

He will be missed by so many including his wife Lorraine, his surviving brother  Dick Way (Lois) of Charlevoix, sister Gerry Hittenberger-Koehler (Doc) of Detroit, his son Dennis Way (Jeanne) of Charlevoix, daughter Juli Fryczynski (Gary) of Petoskey, son Scott Way (Angie) of Charlevoix and son DJ Way (fiancé Beth Anzell) of Charlevoix. He is also survived by his 16 grandchildren and 15 great-grandchildren. His prayer for each of them is that they will love the Lord with their whole hearts for their whole lives.

A funeral service will be held Friday, October 2nd at 1 p.m. at Center Point Assembly Church in Charlevoix.  The family will receive friends on Thursday October 1st from 6 to 8 p.m. and again on Friday, from 12 Noon until the time of service all at the church.  Pastor Mike Way will officiate.

In lieu of flowers memorial donations can be given to the Rainbow Shoppe, 06480 Old US South, Charlevoix, MI 49720 or Manna Food Project, 8791 McBride Park Court, Harbor Springs, Michigan 49740.

To order memorial trees or send flowers to the family in memory of Douglas Way, please visit our flower store.
Send a Sympathy Card