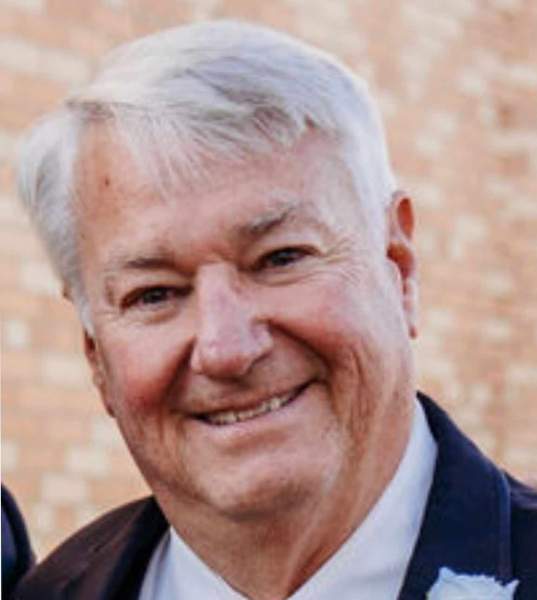 Douglas Randall Simpson of Charlevoix, Michigan, sailed his final voyage on the 4th of July, 2022, after a fearless fight following a massive heart attack.

Doug was born in Detroit, Michigan on 2 September, 1950, the son of Graydon Douglas and Shirley Anne (Wright) Simpson.

After graduation from Northville High School, Doug served in the U. S. Navy on the USS Constellation as an Electrical Repairman during the Vietnam War. When discharged in 1973, he continued to serve his country in the reserves, and moved to Midland, Michigan, where he worked at the Midland Area Hospital as an electrician. It was there he met and later married Kimberly Rae Rowe on 3 May 1975. They moved to Charlevoix in 1979 and opened Simpson Electric, Inc. where he continued the trade he learned in the Navy. He loved his job, and loved working with his customers helping them design and develop the perfect electrical layout for their homes and businesses. He made many long-time friends working in Charlevoix.

Next to his family, Doug’s passion was sailing. Growing up he sailed his little sailboat on Kent Lake in Kensington Park in Northville. He served his country in the U.S. Navy, and after moving to Charlevoix started racing with the Charlevoix Yacht Club as crew on different boats. Doug and Kim bought their first boat in 1989, Polestar, a 23’ trailerable boat which they both raced and cruised on. After a year they felt the need for a bigger boat, and the 28’ Vantage filled the bill for both racing and cruising. It was in this boat that they first took their family to the North Channel in Canada, which immediately became their favorite cruising grounds. Their next boat was a 26’ Nordic Tug, Short Circuit, that spent many a summer in the North Channel, while Doug continued to race as crew on other boats in Charlevoix as well as in both the Chicago-Mackinaw and Port Huron-Mackinaw races. After ten years with the Nordic Tug, they went back to cruising on a 32’ sailboat, Sojourn. Doug’s favorite places were Beaver Island and the North Channel where he sailed, kayaked, fished, hiked, and relaxed with nature. He lived for the summer season and his sailing adventures with Kim, and was active in the Charlevoix Yacht Club for many years. He was excited and actively preparing for this year’s cruising season on their new 36’ boat, also named Sojourn, but God had other plans for him.

Doug loved spending time with his 4-year-old granddaughter, and was looking forward to enjoying life with his new grandson. He will be greatly missed by both of them.

Doug is survived by his wife, Kimberly; daughter, Amanda Rae Simpson (Natasha  Taylor) of Vienna, Virginia; and his son, Michael Randall Simpson (Tanya) of Charlevoix; two grandchildren: Hadley Rae Simpson of Charlevoix, and Graydon Douglas Taylor-Simpson of Vienna, Virginia; his sister, Kathy (Dennis) Warlick of Gaylord; his brother, Todd Simpson of Lake City, and several nieces and nephews. He was preceded in death by his parents.

A Celebration of Life will be held on September 18th at the Belvedere Club Casino  in Charlevoix from 2 to 5 p.m. Feel free to drop in at any time, share memories, and stay as long as you want. The Eulogy will be given around 3:15, followed by a toast to Doug and reflections. Light refreshments will be served.

“We’re built to cruise for but a while upon this trackless sea, until one day we sail away into infinity.” –John T. Baker, from The Ship of Life

To send flowers to the family in memory of Douglas Simpson, please visit our flower store.