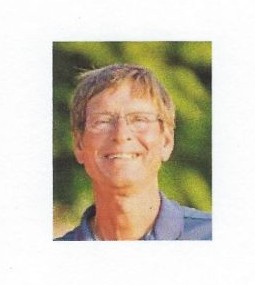 Following High School, he went on to graduate from the Ferris State Pharmacy School and was an active member of the Phi Delpha Chi Fraternity.  He then began his career in Caro, MI, where he worked at Caro Pharmacy and subsequently purchased the business in 1978, and operated it until 1999. He was very active in the Michigan Pharmacy Association for many years including five years on the their board.  Since Doug did not want to retire, he moved up north and went to the Munson Community Health Care to work in Pharmacy from 2001-2019.

He enjoyed traveling, and was an avid golfer but woodworking was his greatest passion.

He was preceded in death by his parents Bernard and Elaine Ettema and his in-laws, Lawrence and Joanne Kalchik.

Funeral services will take place on Saturday, June 18, at 12 noon at the Bellaire Chapel of Mortensen Funeral Homes with visitation from 11:00 a.m. until the time of services.

In lieu of flowers, donations may be made to the Cowell Family Cancer Center, c/o Munson Healthcare Foundation, 1150 Medical Campus Dr., Traverse City, MI 49684 or to the Torch Conservation Center, P.O. Box 1142, Bellaire, MI, 49615.  A luncheon will follow at the Bellaire ASI Community Center.

To order memorial trees or send flowers to the family in memory of Douglas Scott Ettema, please visit our flower store.
Send a Sympathy Card