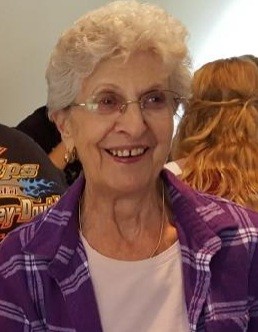 Doris graduated from Fayette High School in Ohio.  She moved to Mancelona in 1959 and worked as a clerk for Meeder Lumber and the United States Postal Service.  She loved to spend time with her grandchildren, great-grandchildren, and great-great-grandchildren.  She also enjoyed crocheting, knitting, polka and square dancing, and doing crossword puzzles.

In lieu of flowers, memorial contributions may be made to the Mancelona United Methodist Church.

To order memorial trees or send flowers to the family in memory of Doris Hall, please visit our flower store.
Send a Sympathy Card