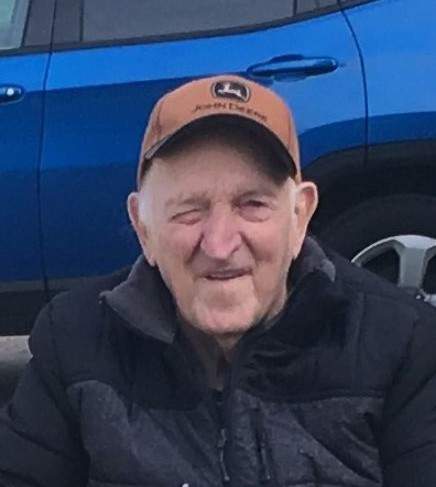 Donald Richard “Bud” Murphy, 91, of Charlevoix, passed away peacefully at his home.  He was born on January 13, 1931, in Pellston, MI, the son of Thomas and Clara (Naples) Murphy.

Bud grew up downstate in Muskegon where he attended high school.  When he was 20, he enlisted in the United States Marine Corps and served his country for two years during the Korean War.  Upon returning home to northern Michigan, Bud worked as a stone mason for several years and then took a job as a machine operator at Harbor Industries from which he retired after over 20 years.

Bud loved hanging out around his house.  He could often be found tinkering in his garage, building birdhouses, or driving his John Deere lawn tractor.  He also enjoyed people-watching in the neighborhood and visiting with neighbors.  Bud seldom missed a Detroit Tigers game, and he would be glad to know they started the season with a victory.

Bud is survived by his brother-in-law, Howard (Darlene) Herriman of Charlevoix, and several nieces, nephews, great-nieces, great-nephews, as well as great-great-nieces & nephews.

In lieu of flowers, memorial contributions may be made to the Charlevoix County VA, or The Care Team Hospice.

To send flowers to the family in memory of Donald "Bud" Murphy, please visit our flower store.