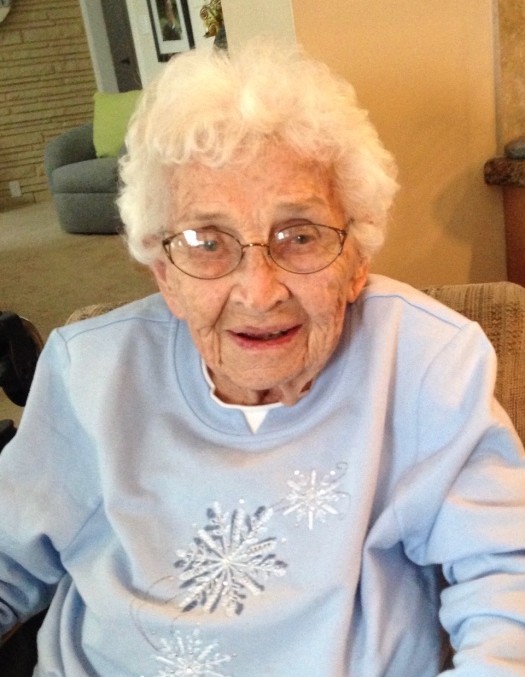 On November 8, 1921 Jake and Bethel (Knight) Youngedike welcomed their first daughter to their farm. Born, raised and educated in Central Lake, Dolores enjoyed bobsledding down Dean Hill and sliding all the way to the river.  In the summer she enjoyed roller skating on the sidewalks at the Central Lake Hotel.  At that time area church youth groups would get together and a handsome young boy caught her eye even though he was from the rival town of Bellaire.  After a few years of youth groups and trips to the movies in East Jordan, she married the love of her life, Wayne Steiner on April 4, 1941.

During their 74 years of marriage, Dolores helped with their business, Steiner’s Building Service.  Dolores also found time to be on the Bellaire Board of Education as well as teach Sunday School and hold many other positions within the Bellaire Community United Methodist Church.

If there was an athletic event anywhere in Northern Michigan and a Bellaire team was playing, there was a good chance she would be there, and many times there were fresh baked cookies for the bus trip home.  She especially loved going to sporting events to watch her kids and grandkids play.

In 2012 Dolores and Wayne moved into Meadow Brook.  She continued her tradition of volunteering and helping.  She could be found setting the tables before meals, folding the linens and helping others.  In her spare time while there she enjoyed playing bingo, watching the birds and her wildlife outside her window.  She also enjoyed reading.  Since August 30, 2019, she had read 381 books from the Bellaire Public Library.

Funeral services will be held Saturday, October 24, at 2 p.m. at the Central Lake Chapel of Mortensen Funeral Home with visitation beginning at 1 p.m.  Visitation will also be held on Friday, October 23, from 5 to 7 p.m. also at the Central Lake Chapel.  Memorial contributions can be given to the Bellaire Public Library, PO BOX 477, Bellaire, MI, 49615.

To order memorial trees or send flowers to the family in memory of Dolores Steiner, please visit our flower store.
Send a Sympathy Card