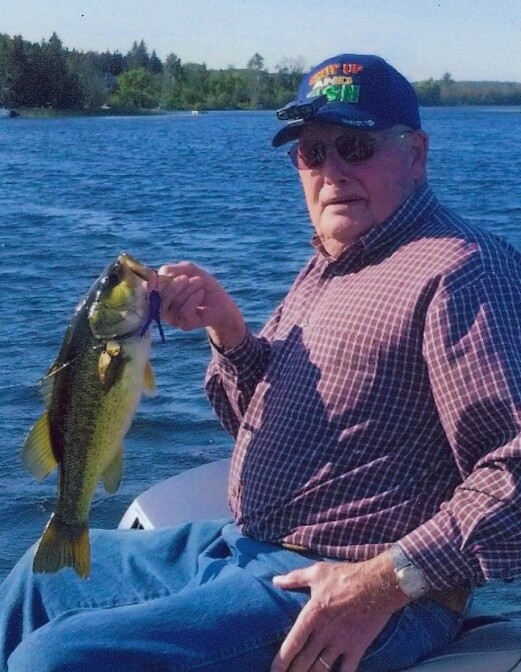 David E. Patton 86, of Central Lake, passed away suddenly, on May 3, 2021 at home surrounded by his family.

Dave was a graduate of Central Lake High School and served in the U.S. Army from 1957-1959.   He retired from Lamina Bronze in Bellaire following 37 years of dedicated employment.

He was an avid fisherman and hunter for many years.   His greatest love was spending time with his family.   He especially enjoyed going to all his children and grandchildren’s sporting events.

He was preceded in death by a granddaughter Erin Patton, 2 brothers, Dick and Jack Patton, 5 sisters, Mabel Watkins, Mary Lort, Waneta Wilks, Shirley Warner and Agnes Asquith as well as his parents and his in-laws Jo and Glen Somerville.

Funeral services will take place on Friday, May 7 at 2:00 p.m. at the Central Lake Chapel of Mortensen Funeral Homes with Rev. Dave Scott officiating.    Visitation will be from 12 noon until the time of service.  There will be military honors immediately following services at the funeral home.

To order memorial trees or send flowers to the family in memory of David Patton, please visit our flower store.