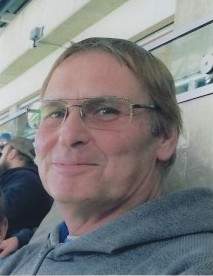 Dave grew up in West Bloomfield and graduated from Detroit Catholic Central High School.  Dave’s love of basketball led his high school to a State Championship Title.  He was a first team selection to the Michigan All State Team and earned a scholarship to the University of Dayton.  Dave proudly served 11 years in the United States Army which enabled him to travel the world.  Dave’s service included the Desert Storm War and he earned numerous medals including two Bronze Service Stars.  Dave spent his last 20 years working at Great Lakes Packing Company.

Dave’s greatest love was of family.  He spent his free time with family and especially enjoyed his nieces and nephews.  Whether it was movies, cheering them on in their sports, babysitting or just hanging out, Dave was always there.  He will be greatly missed.

Dave was preceded in death by his brother, Daniel Abel, and nephew, Jordan Abel.

A celebration of Dave’s life will take place this summer.  Details will be announced as they are available.

Memorial contributions may be made to the Women’s Resource Center, 720 S. Elmwood Ave., Traverse City, MI 49684.

To order memorial trees or send flowers to the family in memory of David Abel, please visit our flower store.