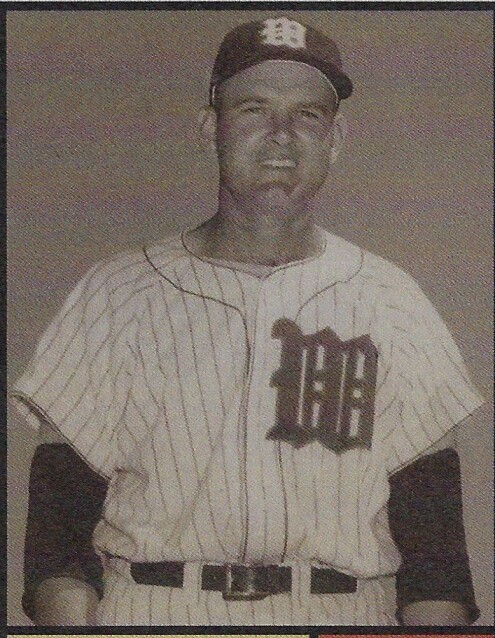 Darwin “Pie” Edgar Snyder, 86, of Alden, passed away peacefully on Saturday, September 11, 2021 at his home surrounded by family.  Darwin was born on October 13, 1934 in Nankin Mills, MI, the son of John and Alice (Mecklenburg) Snyder.

Darwin graduated from Dearborn High School in 1952 and then went on to play professional baseball as a first baseman for the Washington Senators, New York Giants, Kansas City Royals, and the Minnesota Tobbs.  He was drafted into the United States Army during the Korean War and he served his country proudly.

Over the years, he had many jobs; from fireman and police officer to party store owner, stone mason, and builder, there was nothing he couldn’t handle.  He and his wife, Madeliene, retired to Northern Michigan over 35 years ago.  In his free time, Darwin enjoyed hunting and fishing, golfing, snowmobiling, and watching the Detroit Tigers.

On May 18, 1957, in Plymouth, MI, Darwin married the love of his life, Madeliene (Jones) Snyder.  Also surviving are his children, Barry Snyder of Alden and Sherry (Fred) Schlosser of Kalkaska; his brother, Darl (Paula) Snyder of Brighton; and four grandchildren, Blake, Andrew (Kristie), Leah, and Amanda.

He was preceded in death by his parents, and four sisters, Mo, Beth, Dot, and Hannah.

A celebration of his life will be held at a later date.

To order memorial trees or send flowers to the family in memory of Darwin "Pie" Snyder, please visit our flower store.