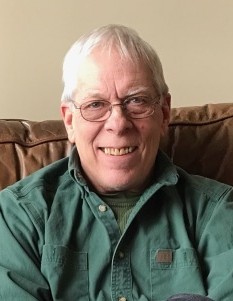 Daniel Warren Turner, 68, of Bellaire passed away on Tuesday January 28, 2020 at Munson Medical Center after a battle with lung cancer.  He was born on April 15, 1951 in Detroit, MI, the son of Daniel and Wilma (Johnson) Turner.

Danny was a heavy machinery mover and rigger in the industrial industry for many years in Redford, MI before moving to Bellaire in 2013.  He loved living up north; he had a home in the woods, where blue herons would come up and peck on his door, and chickadees would eat bird food from his hand.  He was a kind, caring, soft-natured man, as well as a hard worker. He loved his family more than anything. He will be dearly missed by all who knew him.

He was preceded in death by his parents, Daniel and Wilma Turner.

The family will hold a private service in the future.  Interment will take place at Woodlawn Cemetery in Detroit.

In lieu of flowers, donations may be made to The Five Cancers of Antrim County.  Please send donations to the East Jordan Family Health Center, 601 Bridge St., East Jordan, MI 49727.

To order memorial trees or send flowers to the family in memory of Daniel Turner, please visit our flower store.