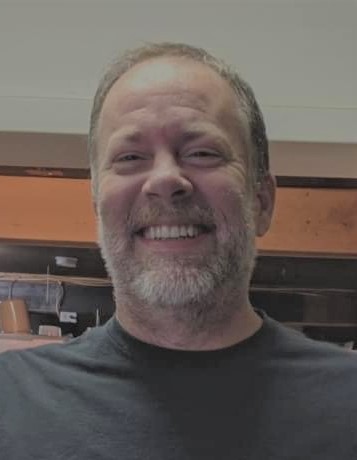 Central Lake will never laugh the same again. The one liners, deadpan jokes, and witty comebacks are only in our memories now. You just now  thought of one of his jokes, didn’t you? Craig Matthew LaBeau passed away peacefully, on August 10th, 2021,  surrounded by his family, after a brief but courageous battle with cancer.

Craig was born in Heidelberg, Germany on September 4, 1968, to Jerome and Deanna (Davis) LaBeau. He graduated from Central Lake High School in 1986 and served in the U.S. Navy for 4 years, stationed at the Pentagon. His career was based in HVAC, and he specialized in servicing marine equipment. Craig also helped his friend Chris out at the Tavern in his final years, and loved his tavern family.

Other than his Navy service, Craig was a lifelong resident of Central Lake, spending much of his time in the woods and on the lakes. His hobbies were bow hunting and year-round fishing. He loved his family and friends fiercely and would sacrifice anything to make sure they were taken care of. Above all, his joy came  from making others laugh. His smile and his laugh will be greatly missed.

Craig is survived by: parents  Jerry & Dee LaBeau, brother Keith LaBeau, sister Kim LaBeau Fernandez (Cecil), his darling nieces Gabrielle and Sydney, all of Central Lake, and many aunts, uncles, and cousins, and many dear friends.

To order memorial trees or send flowers to the family in memory of Craig LaBeau, please visit our flower store.